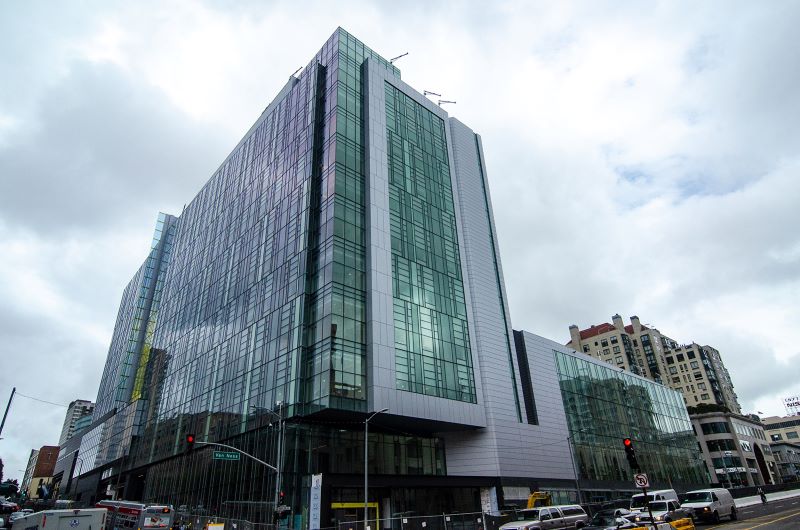 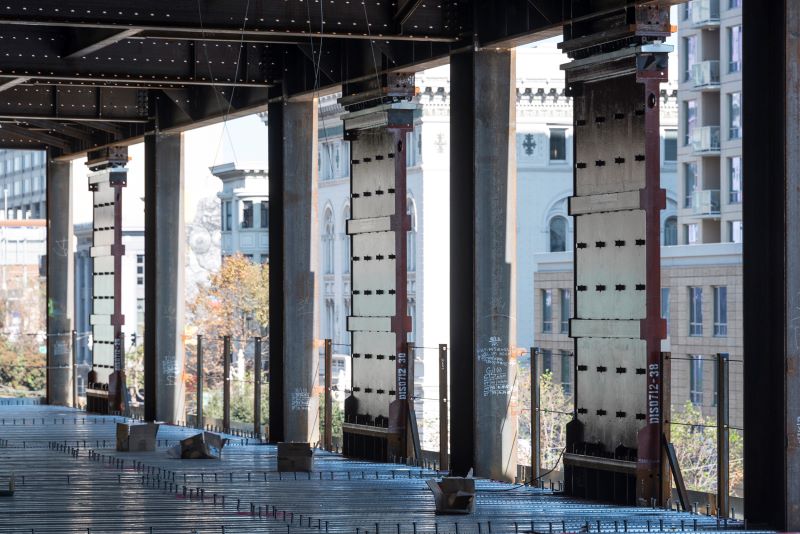 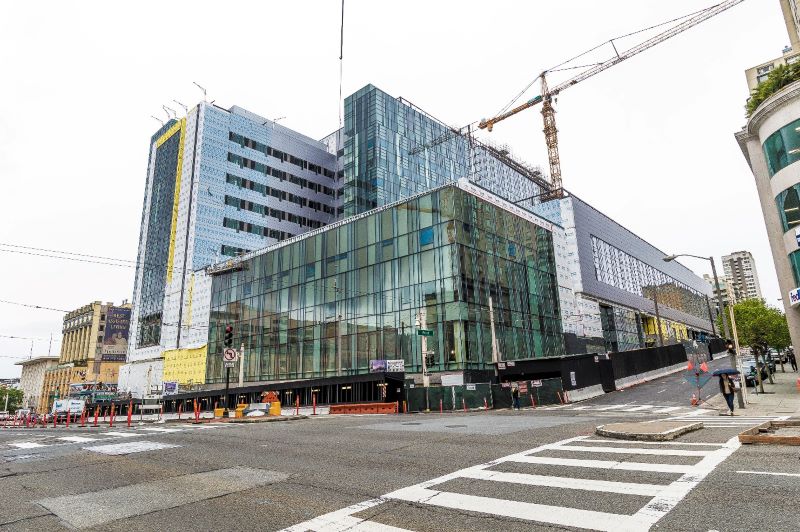 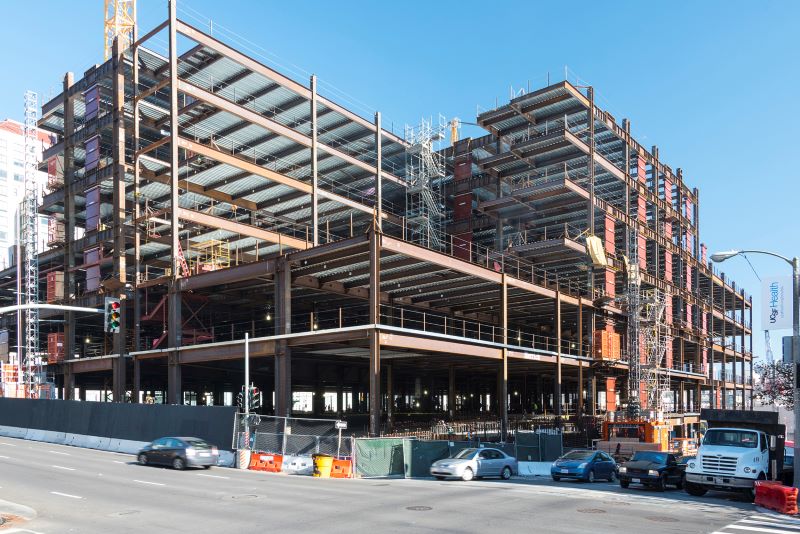 The project advanced the use of viscous wall dampers in the U.S. market to address seismic concerns. —2020 IDEAS² Judge Hollie Noveletsky

A new San Francisco acute care facility is at not only the forefront of healthcare, but also of structural design.

The new $2.1 billion Sutter Health California Pacific Medical Center (CPMC) Van Ness Campus is a 13-story, 989,230-sq.-ft hospital with 274 patient beds and state-of-the-art diagnostic and treatment centers. It is also the first use of viscous wall dampers (VWDs) in the U.S. The building’s 119 VWDs are installed behind the façade on the nine above-grade floors of the 13-story skeleton and will help the facility remain open even after a shock as strong as the 1906 San Francisco Earthquake, which registered a magnitude of 7.9.

Van Ness Campus Hospital (VNC) consolidated the acute care services of two older Sutter Health CPMC campuses to create this new flagship hospital, which opened to patients in March 2019. Given the location in a famously high-seismic city, structural engineer Degenkolb and the rest of the design team studied several seismic-resisting systems via an integrated project delivery (IPD) approach, eventually settling on VWDs. Originally developed and implemented in Japan over the past three decades and seismically superior to more traditional systems, VWDs had never been used in the U.S., nor had the system been reviewed or approved by California’s Office of Statewide Health Planning and Development (OSHPD).

Degenkolb led a team effort to validate the technology, implementing full-scale testing of the dampers at the University of California, San Diego. Based on nonlinear analyses, the VWD system is expected to absorb nearly 90% of the earthquake energy at the design earthquake level. It also reduced the weight of the steel framing by one-third compared to a conventional steel moment resisting frame, thanks to its ability to by control inter-story drift. This helped reduce the cost of the overall structural system by 25%, which more than offset the cost of the dampers.

The design and construction teams worked together in a “Big Room” across from the construction site. Daily and weekly Big Room meetings kept the project on schedule, even as new team members learned how to function in an integrated project delivery (IPD) environment. The IPD method streamlined the entire process by allowing HerreroBoldt, Sutter Health, and SmithGroup to collaborate from start to finish, with design consultants and contractors working together as early as the validation phase. The team analyzed, scheduled, quantified, and documented the design in real time, reducing waste in the design and construction of the hospital. Degenkolb also worked closely with the steel fabricator, The Herrick Corporation, to drive the VWD production.

In addition, a building information modeling (BIM) approach provided the ultimate coordination, allowing the IPD team to “build” the hospital in the virtual world before going to the site to build the real structure. The entire team was able to observe one another’s work and adjust systems and components before they created real-world clashes. When steel fabrication began, the IPD team needed a way to keep track of the progress and sequence of steel fabrication in the shop. To create an effective method for sharing progress across the structural steel supply chain, the various team members established a standard process for collecting, verifying, and integrating field data to the model to produce a weekly report.

The Sutter Health CPMC Van Ness Campus cleared the way for other structures to implement VWD technology in California and beyond. Future U.S. buildings will now be able to take advantage of this system, which creates the opportunity for improved seismic performance, especially in critically important acute care facilities following powerful earthquakes.