The Steel Conference Speaker Award honors the most acclaimed speakers at AISC events. 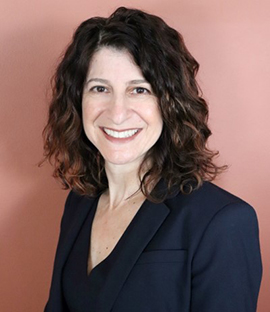 Carol Drucker, SE, PE, PEng, is a principal at Drucker Zajdel Structural Engineers and this year's recipient of the AISC Speaker Award. Engineering is continually evolving with new skills and techniques to learn. Drucker will draw on her engineering experience to highlight skills and techniques engineers got right and what they have learned since. Additional topics for creating success will include teamwork, mentorship, and strategies for developing client relationships.

Fisher served as the Chairman of the AISC Specification Committee from 2003 until 2010. He continues to be active on several AISC Specification Task Committees. He is a member of the AISI Cold-Formed Specification Committee and ASCE 7. In addition, Fisher serves as the Consulting Engineer to the Steel Joist Institute (SJI). In 1984, Fisher received the T.R. Higgins Lectureship Award presented by AISC, and in 2000 he received AISC's Lifetime Achievement Award. Both awards recognized his exceptional contribution to the steel construction industry. He also received AISC's highest award, the J. Lloyd Kimbrough Award, in 2006.

Jon D. Magnusson, SE, PE, NAE, Magnusson Klemencic Associates, is the second recipient of the Steel Conference Speaker Award. Magnusson is Senior Principal at Magnusson Klemencic Associates consulting structural/civil engineers with offices in Seattle and Chicago. Jon earned his BSCE at the University of Washington and then his MSCE at the University of California, Berkeley. His whole career has focused on the engineering of "architectural" structures. Jon is a licensed professional engineer in 24 states. He is an Honorary Member of the national American Institute of Architects, a Distinguished Member of ASCE, and a member of both the National Academy of Engineering and the National Academy of Construction. He has received the AISC Designer Lifetime Achievement Award, the Fritz Medal, and the 2014 ASCE OPAL for Design.

Duane K. Miller, PE, ScD, The Lincoln Electric Co., is the inaugural recipient of the Steel Conference Speaker Award. Miller is a recognized authority on the design and performance of welded connections. He is a popular speaker on the subject and has lectured around the world. He publishes frequently and on three occasions, has been awarded the Silver Quill Award of the American Welding Society (AWS) for the excellence of his published work. He also serves on the AWS Board as a director-at-large. He has authored or co-authored texts and chapters of many handbooks, including the AISC Design Guide on Welding and the Mark’s Handbook of Engineering, 12th Edition. He has also appeared as a subject expert on the History Channel and Discovery Channel.