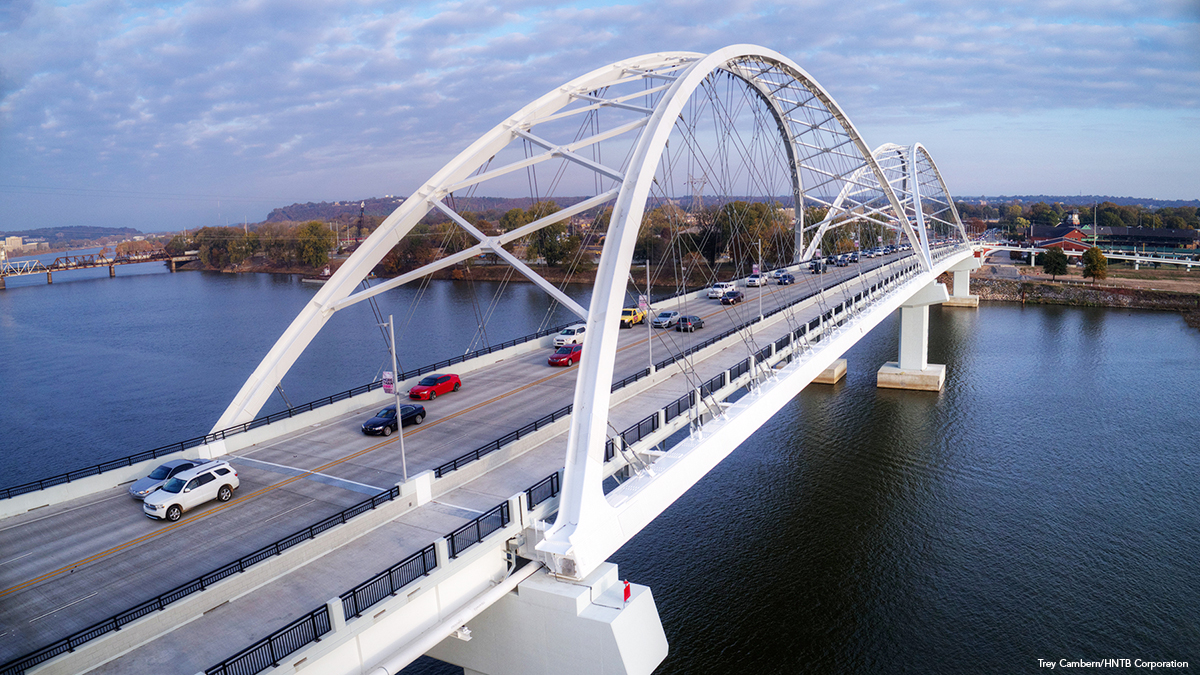 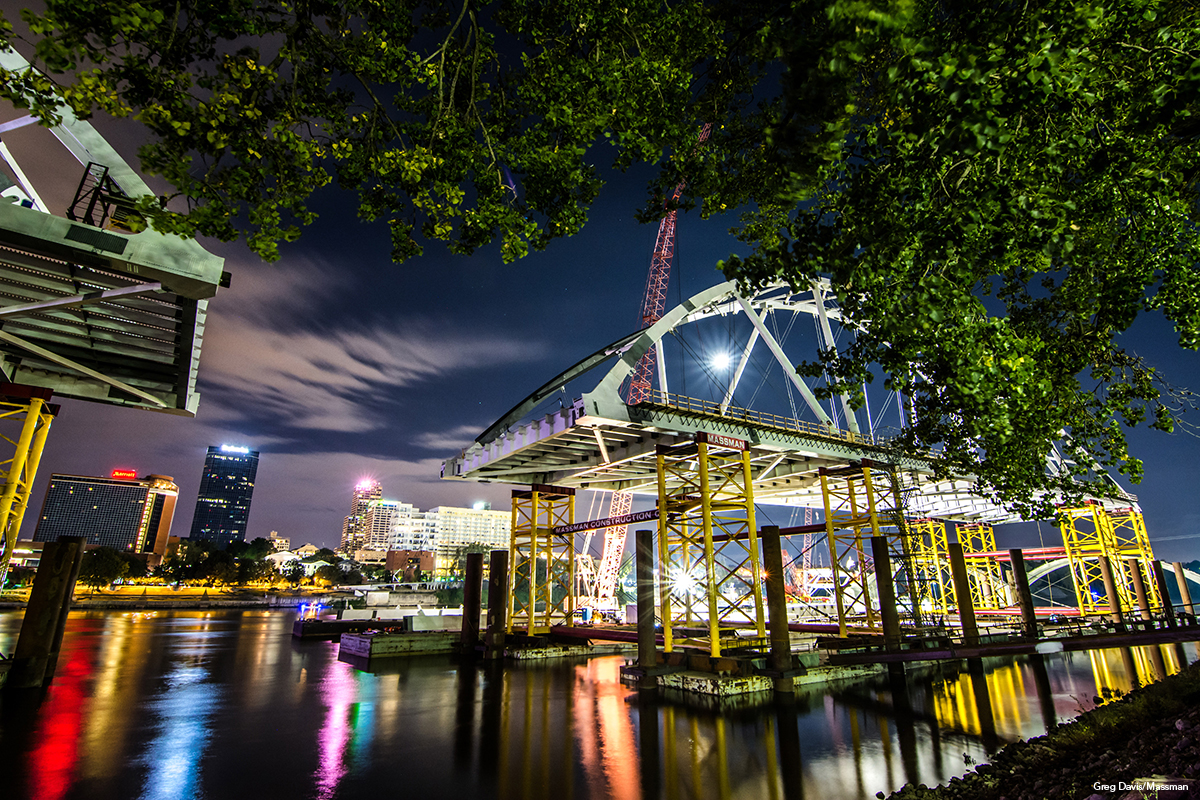 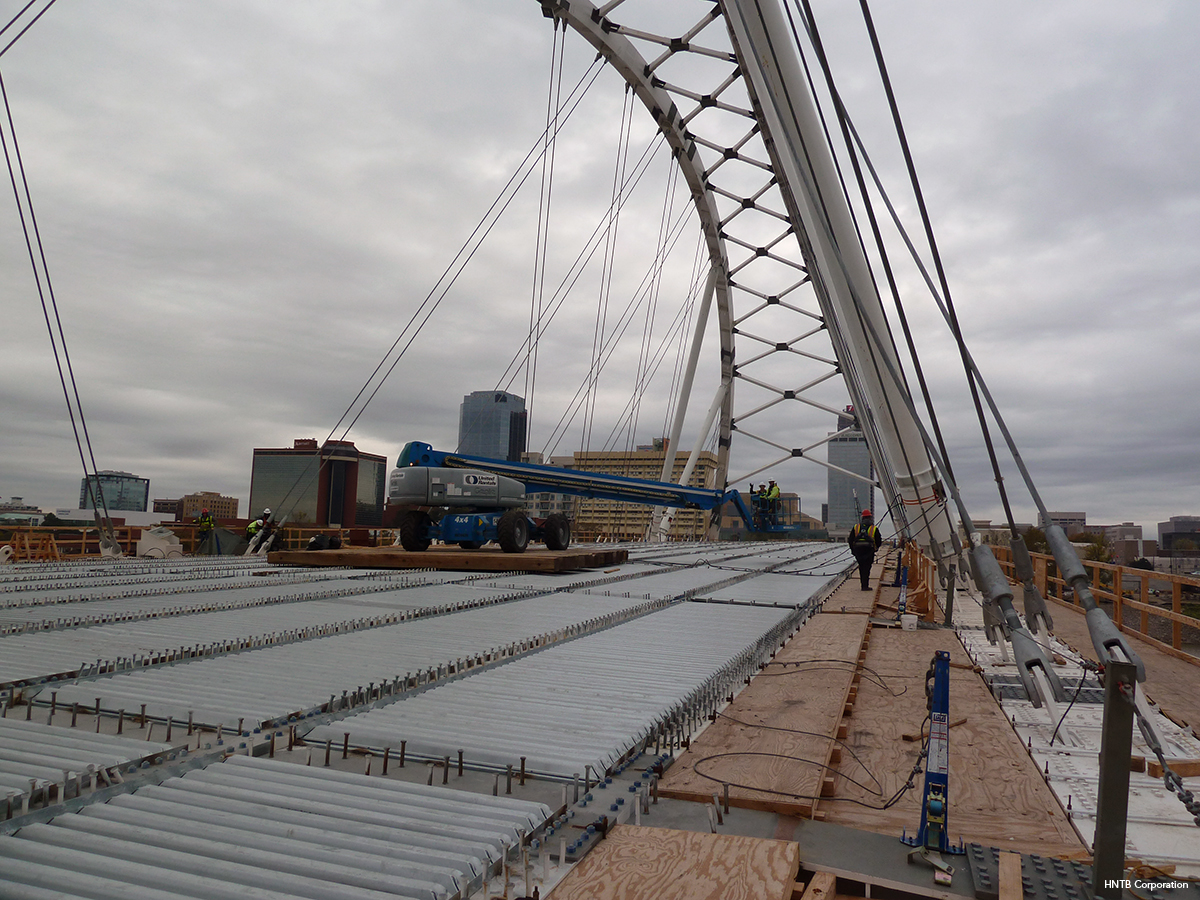 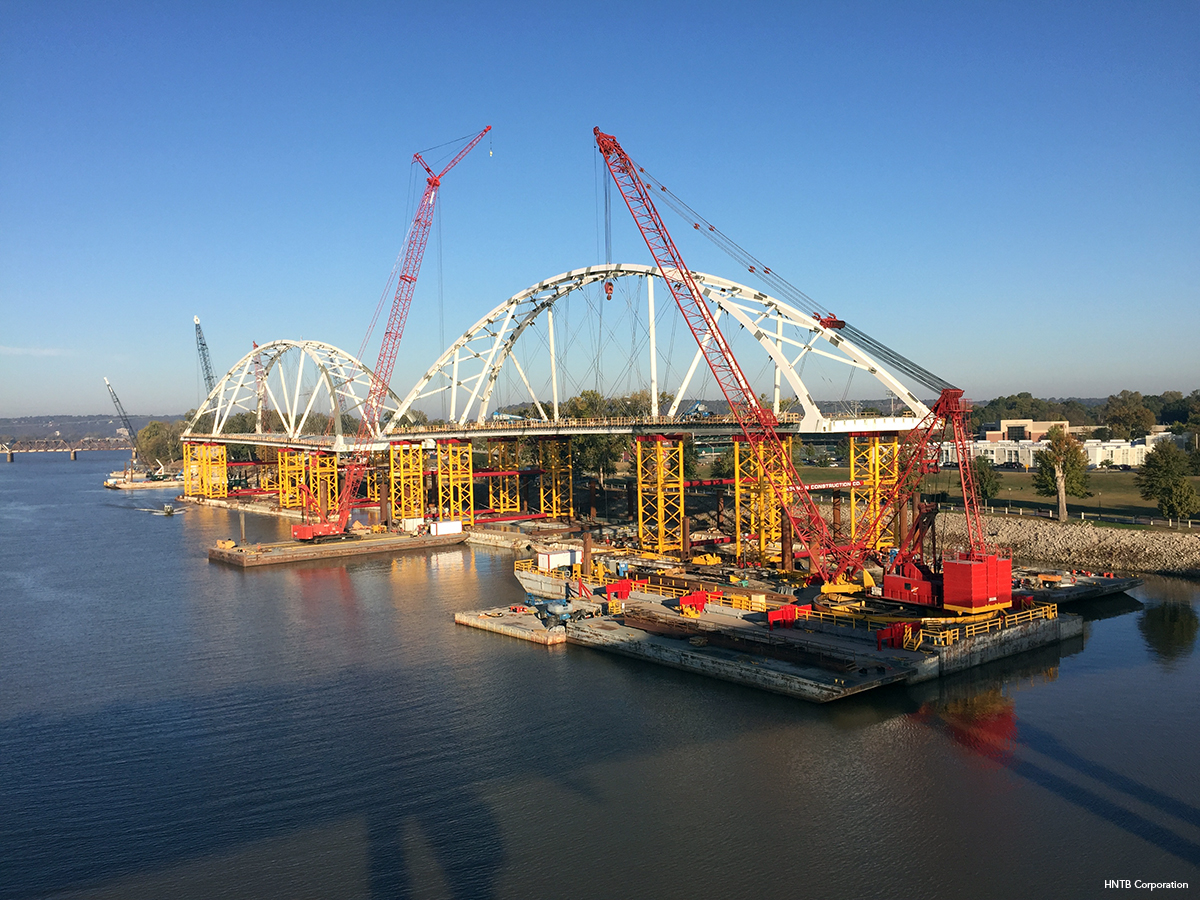 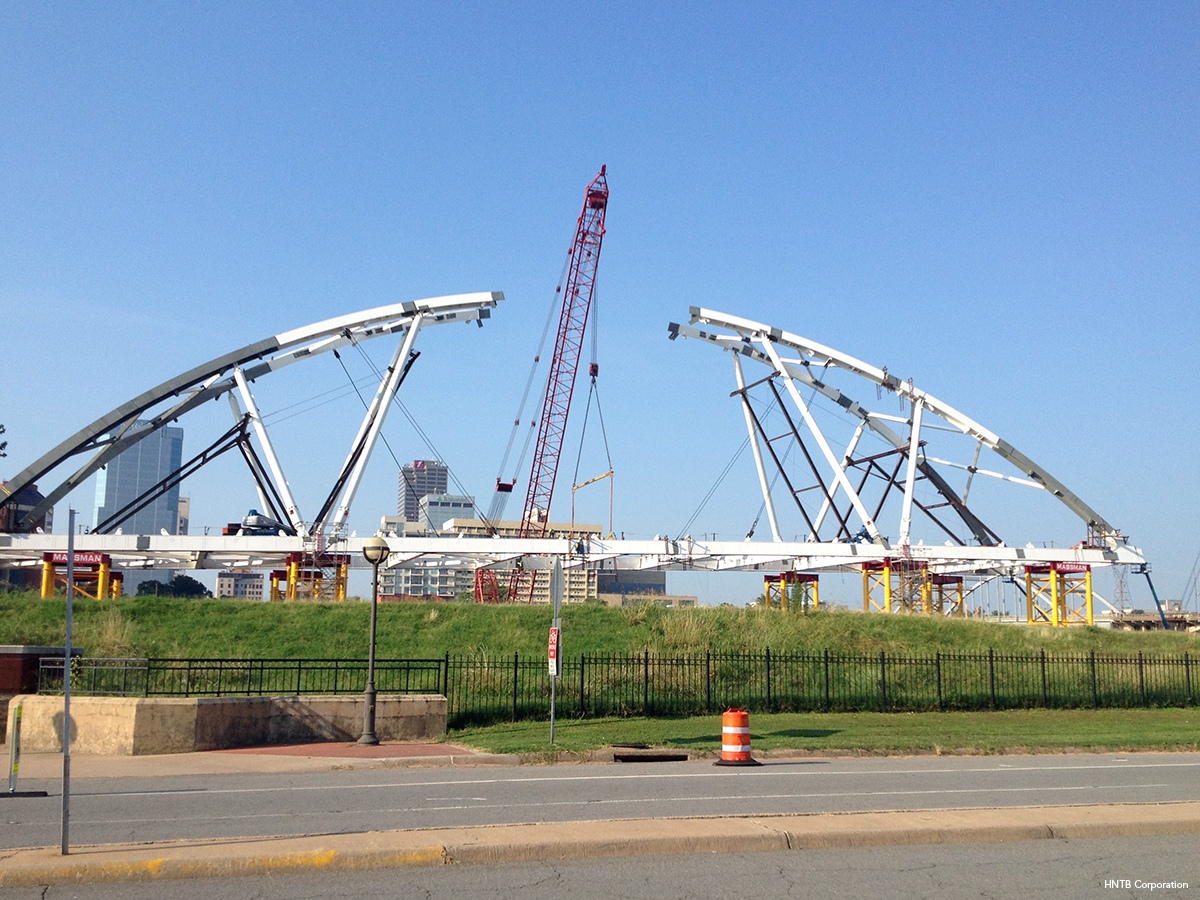 Broadway Bridge over the Arkansas River

The original Broadway Bridge served the communities of Little Rock and North Little Rock, Ark., for over 90 years as both a vital crossing and a signature tribute to World War I veterans.

Built in 1922, the bridge carried nearly 24,500 vehicles into the downtown area every day. However, with the continuing trend of residential redevelopment in the two cities’ downtown areas, the increasing need for safe and efficient crossings of the river became more apparent. In 2010, the Arkansas Department of Transportation (ARDOT) made the decision to replace this functionally obsolete bridge due to it being structurally unsound as well as the lack of mobility it provided for the growing population in the area. The team of HNTB Corporation and Garver, LLC, was chosen to design the replacement bridge in 2011.

Garver developed a new layout to address the current traffic needs while increasing safety for the traveling public. Garver was responsible for improving sight distances, as well as separating motorists and pedestrians through the addition of a 16-ft-wide shared-use path, two new pedestrian-only ramps connecting the trails directly to this path, and MSE walls to reduce right-ofway impacts and overall bridge length.

Pulaski County leaders wanted the bridge to serve as a unique and pleasing experience for pedestrians and cyclists by enhancing the aesthetics of the bridge, and they contributed $20 million of the $98 million total project cost to be spent toward two signature spans over the river. These funds allowed the design to possess an enhanced aesthetic form constructed in an accelerated fashion and using a limited budget to satisfy the current and future needs of the community.

The HNTB-designed main spans of the Broadway Bridge are composed of two 448-ft network tied-arch spans with steel plate girder approaches. The lengths of the five approach spans vary from 126 ft to 227 ft. The final design consists of inclined basket-handle arches with a framed-in floor system, which lowered costs. The tied arches allowed a signature structure to be constructed on the existing alignment ahead of the anticipated 180-day bridge closure by using an accelerated bridge construction (ABC) technique to float the arches into place.

Throughout design and construction, the team took great care to observe the U.S. Federal Highway Administration’s strict guidelines for fracture-critical members. The bridge was made with ASTM A709 Grade 50 steel, which includes the Charpy V-notch Zone 3 requirements for increased toughness. This was important for the tie girder, floor beams, and hanger plates as they are all considered fracture-critical members. For the tie girder, the cross section consists of a closed parallelogram box girder made up of two inclined webs and two horizontal flanges. The web plates are welded to tab plates with a double-fillet weld and then bolted to the flanges. This bolted connection isolates a potential fracture of one plate without allowing the fracture to propagate throughout the cross section. The resulting three-sided tie girder section was designed to carry the structural demands at an extreme event limit state, and this internal redundancy eliminates the potential for a catastrophic structural failure.

The construction of the arches took place on falsework floating in the river moored to the north bank of the Arkansas River. This technique provided extra space for the contractor to work within a limited construction footprint for such a large urban project. To minimize the closure period during construction, the bridge’s new foundations were strategically placed to provide clearance from the existing foundations. This allowed the contractor to use specialized equipment to construct the new drilled shafts and waterline footings beneath the existing bridge while the bridge remained open to traffic. The new tied-arch structure was floated into place once the primary structural steel framing was erected. This ABC process required only two 24-hour river closures.

Using these techniques, the team was able to open the $98 million structure to vehicular traffic after 2.5 years of construction on March 1, 2017, having removed 28 days from the anticipated 180-day closure period.

For more on the Broadway Bridge, see “Making a Signature Connection” in the July 2017 issue of Modern Steel Construction.