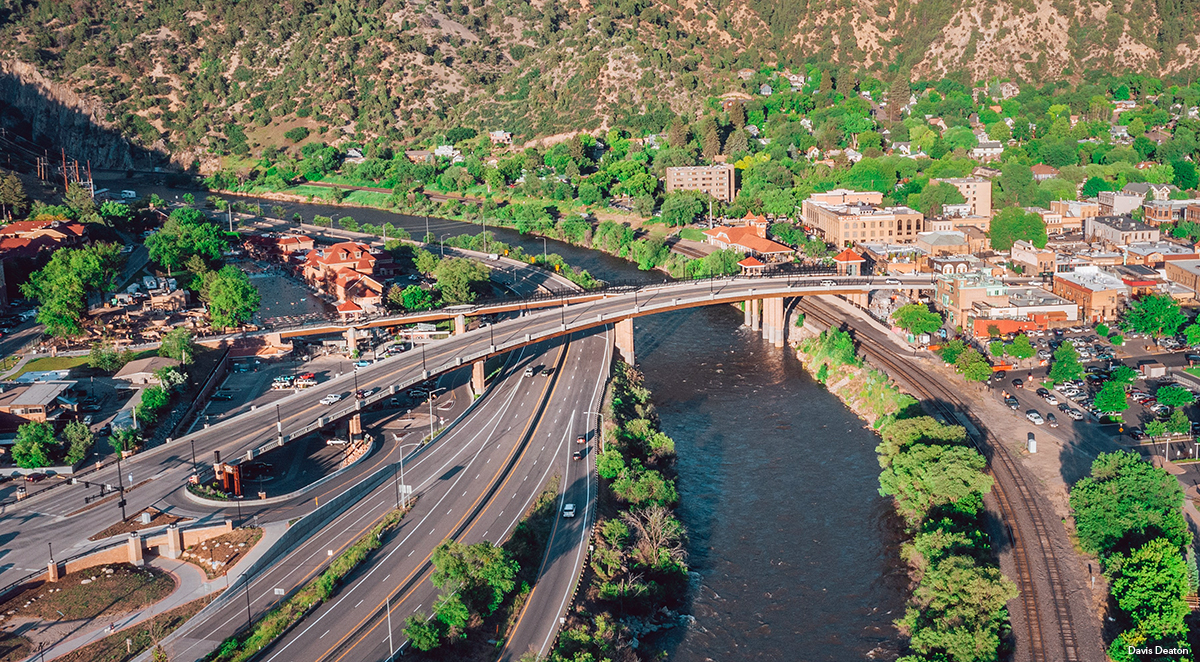 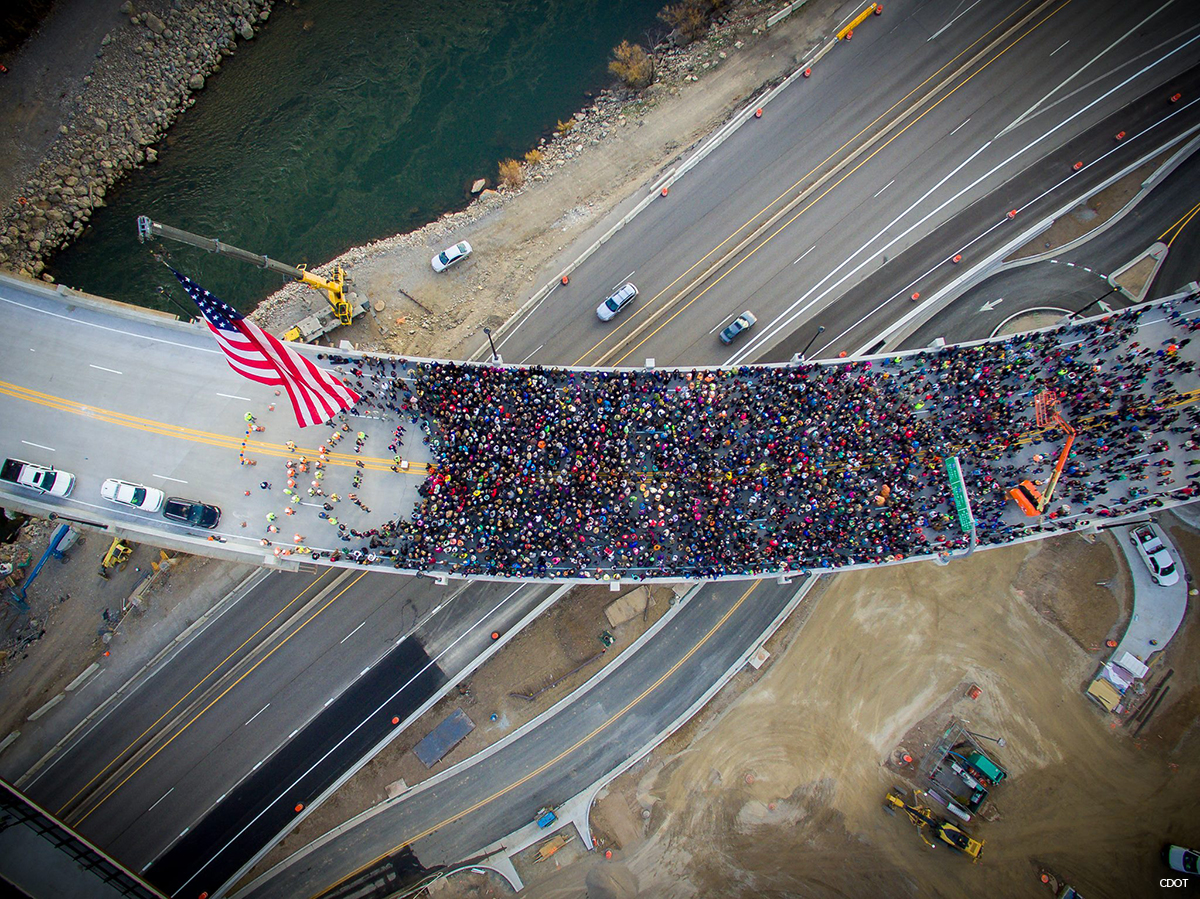 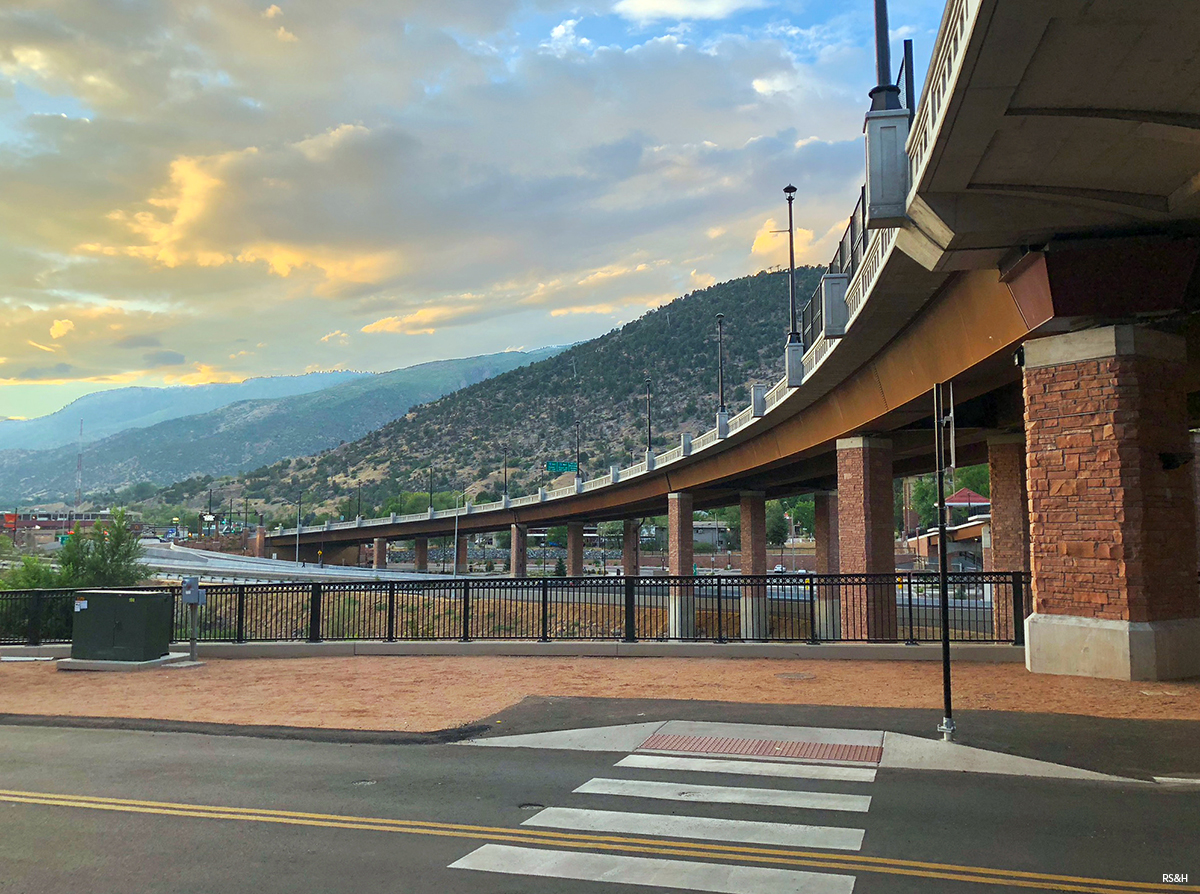 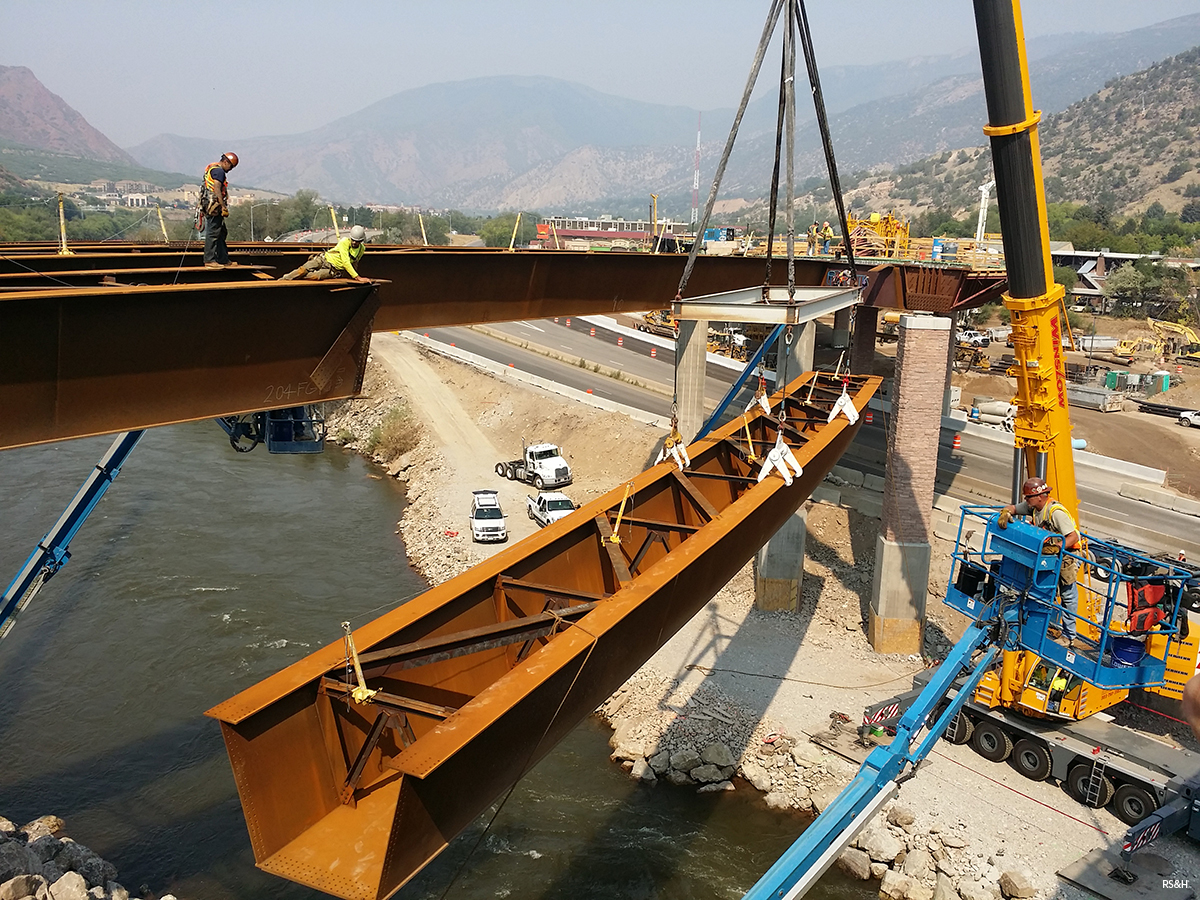 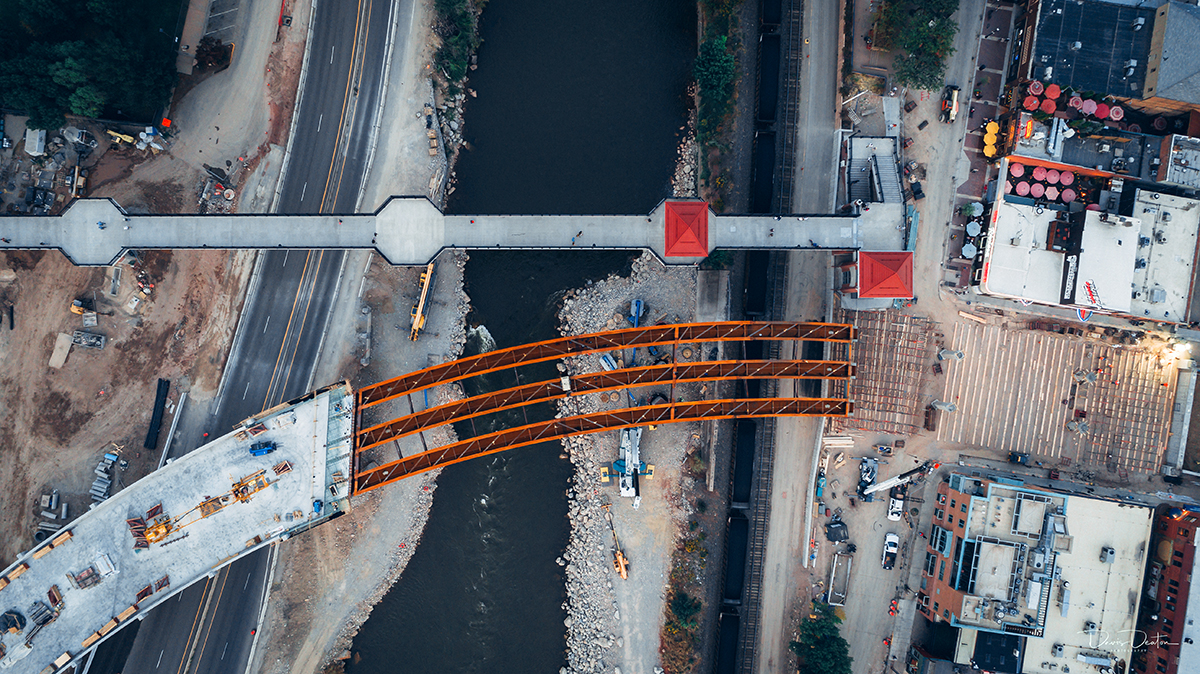 An aging and functionally obsolete bridge, a nine-span, 676-ftlong steel plate girder bridge constructed in 1953, carried SH82 over Interstate 70, the Colorado River, and Union Pacific Railroad (UPRR) lines before descending into the historic downtown business district of Glenwood Springs. It was one of only two crossings serving Glenwood Springs as well as other communities along the Roaring Fork River valley, including Aspen to the south.

The existing bridge had four roughly 9-ft-wide lanes that had effectively become a bottleneck. The bridge’s structural capacity didn’t meet current codes and it had limited shelf life remaining; simply widening it wouldn’t work. Opposition groups had successfully shut down a previous Colorado Department of Transportation (CDOT) replacement project. This time, CDOT made a concerted effort to improve the process by involving the designer, contractor, and public early in the design.

The project included changing the SH82 alignment over the bridge from straight to curved with a 625-ft radius. The new alignment and proposed intersections at the north end improved traffic flow at the SH82/I-70 interchange but made the new bridge geometrically challenging. The horizontal curvature resulted in the bridge crossing I-70, the river, and the railroad at varying degrees of skew. The north end of the bridge was tangent and required a flaring deck width to accommodate the changing lane requirements near the SH82/I-70 interchange. The profile also required a sharp vertical curve to get up and over the UPRR and then immediately begin the descent into downtown.

A five-span trapezoidal steel tub girder bridge using 6-ft deep girders was selected for the deeper, steel portion of the bridge (Unit 1), which included the main spans over the Glenwood Hot Springs Pool parking lot, a frontage road, I-70, the Colorado River, and UPRR. A tub shape with sloped sides provides a clean look, while also paying homage to the many steel and concrete tub/box girder structures supporting I-70 in nearby Glenwood Canyon. Tub girders also provide excellent torsional properties to efficiently handle the sharp curvature of the bridge. The tub girder section was optimized by using a narrower bottom flange (5 ft, 7 in. web to web) than had typically been used in Colorado. This, combined with recent enhancements in AASHTO LRFD Bridge Design Specifications regarding local flange buckling, helped achieve practical bottom flange thicknesses of 2 in. or less without longitudinal bottom flange stiffeners. The increased web-to-web spacing between adjacent tub girders did affect the deck design, but this proved to be relatively inconsequential when compared with an even web spacing.

The originally planned four tub girder lines eventually dropped to three, resulting in fewer members to fabricate and erect and a maximum web-to-web spacing of 18.6 ft at the flared north end of the bridge. In addition, a refined deck analysis led to a reasonable deck thickness and reinforcement in this region. The contractor attached a temporary floor beam/stringer system from the tub girders to form the widest deck spans in the flared region. This proved more cost-effective than adding another girder line, which would have otherwise been required to accommodate standard deck forming systems in the flared region.