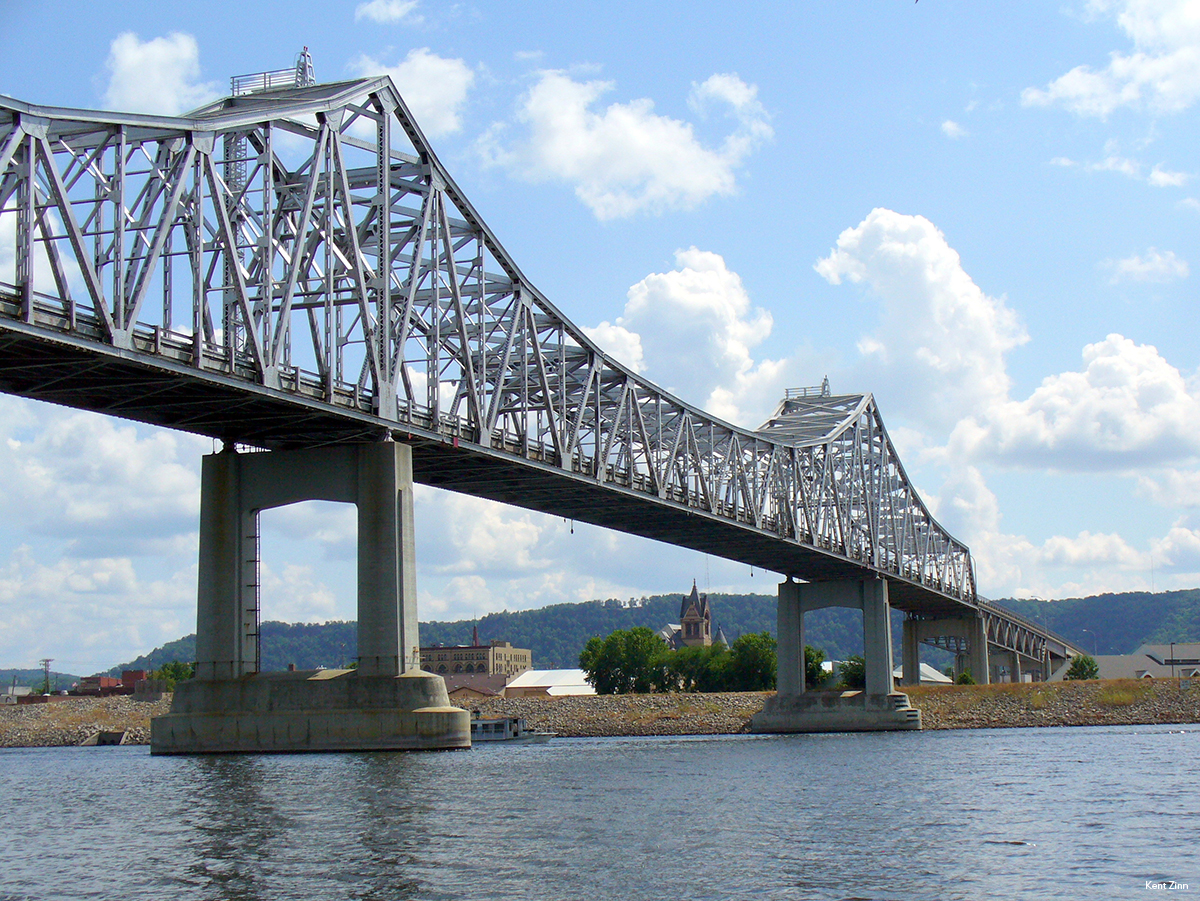 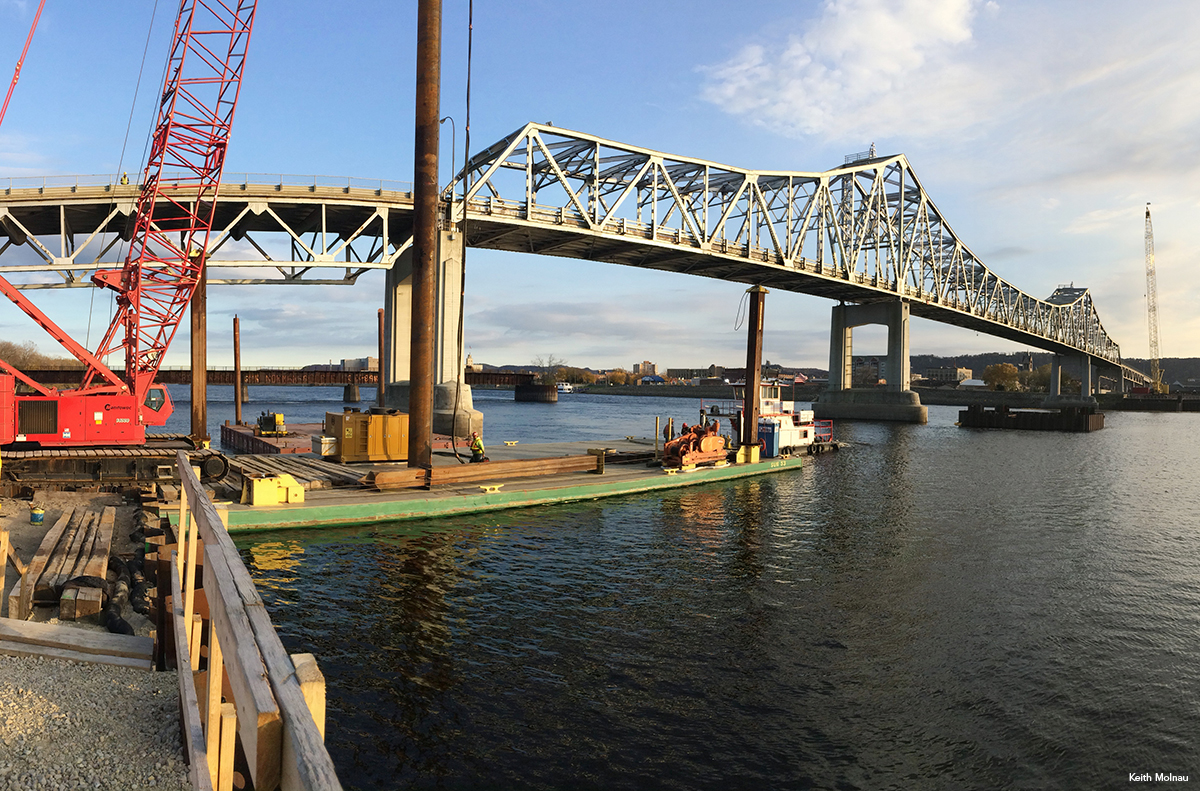 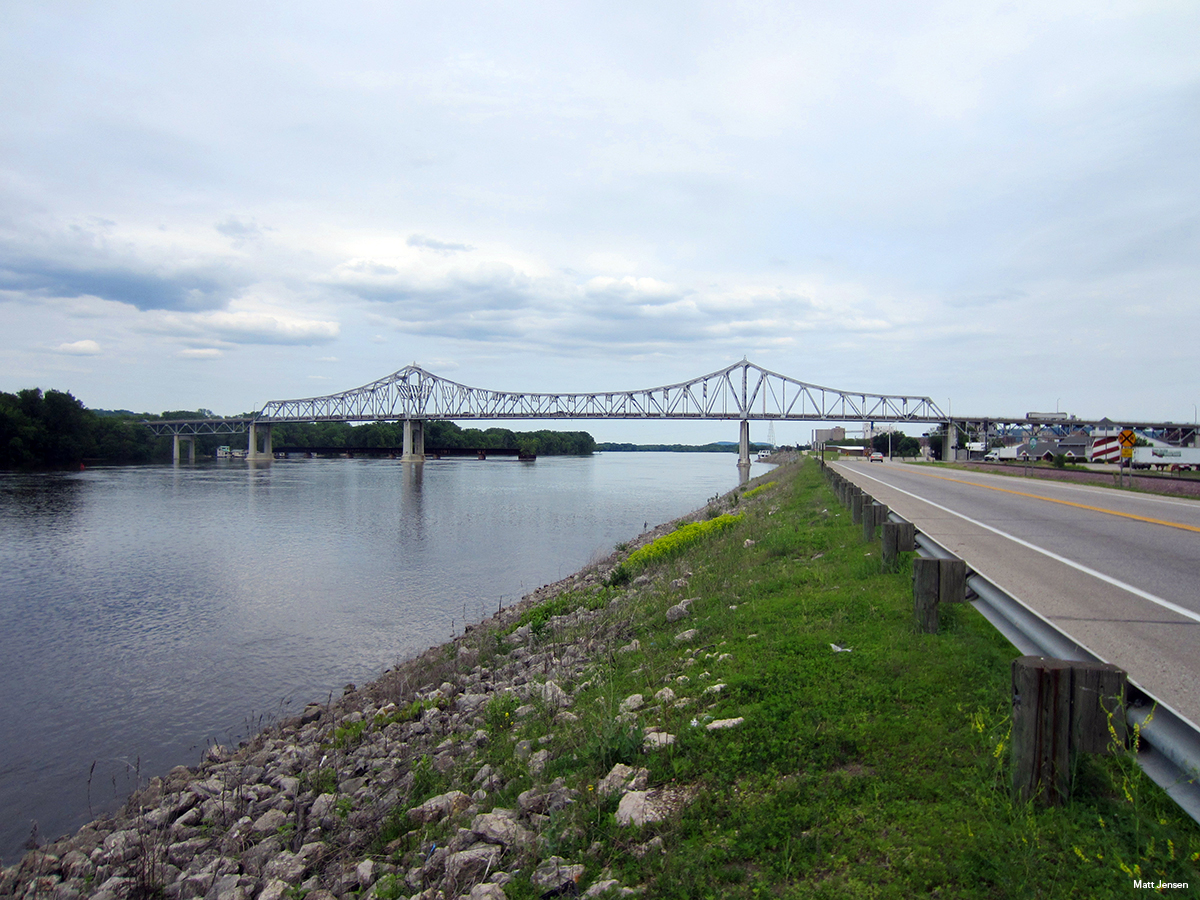 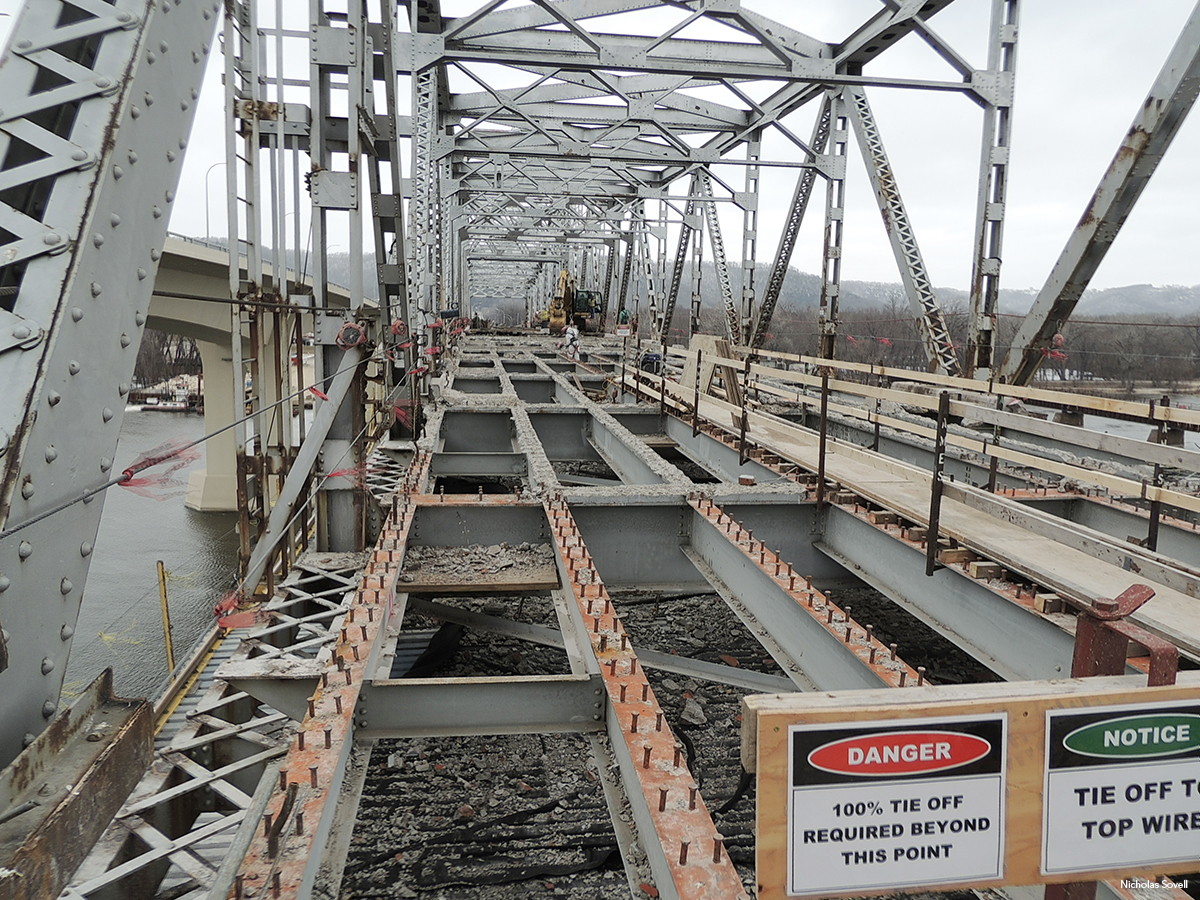 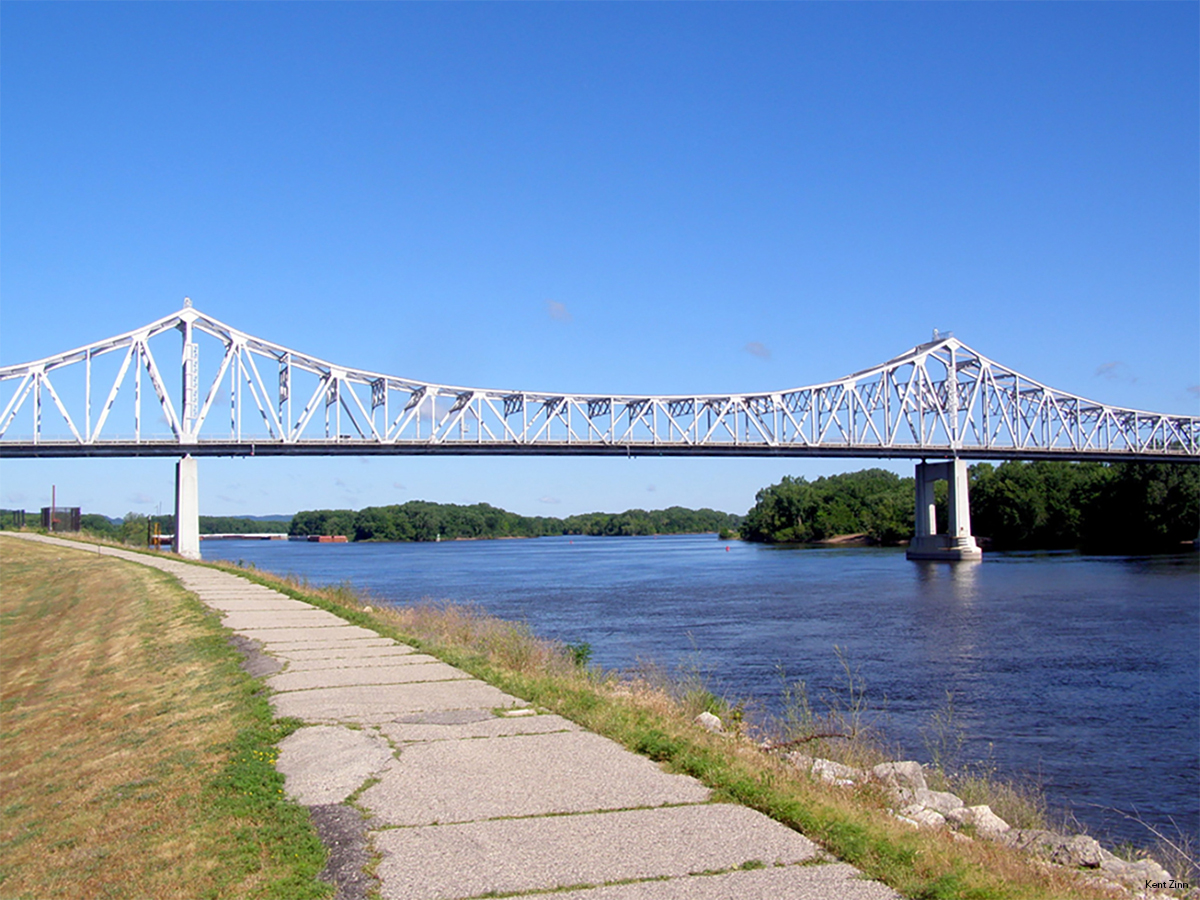 The three-span steel riveted through-truss Winona Bridge across the Mississippi River stands as a beloved landmark and vital thoroughfare for motorists traveling between Wisconsin and Minnesota. Built in 1942, it is the only pre-1946 cantilever through-truss bridge in the latter state and played a central role in sustaining the economy of Winona and facilitating the flow of defense materials during World War II.

The 2007 collapse of Minneapolis’s I-35W bridge threatened that history. Following the collapse, the Minnesota legislature provided funding and required MnDOT to develop an ambitious 10-year bridge replacement program, with a focus on fracture-critical bridges. MnDOT’s inspection team discovered corrosion and section loss on multiple truss members, resulting in a load posting that restricted heavier commercial vehicles and closed the bridge for more than a week. Immediate repairs provided a short-term solution, but they highlighted the structure’s continued importance: Wisconsinites who depended on Winona’s first-call ambulance services found their link to the town severed. Local businesses took a hit during the shutdown. Nearly 12,000 motorists per day were forced to make detours of 60 miles round-trip to other crossings over the Mississippi.

In 2014, MnDOT engaged Michael Baker International as prime consultant and Ames Construction as prime contractor—the department’s first use of the construction manager/general contractor (CM/GC) approach—to work together to ensure the long-term reliability of the structure. Tearing down the bridge had already been ruled out; it was eligible for listing on the National Register of Historic Places and had become an iconic asset for the region, even appearing on a postage stamp celebrating the state’s sesquicentennial. So the team aimed for an ambitious goal: completely rehabilitating the bridge to resist modern permit loads, reconstructing the approach spans, rebuilding the deck, and adding internal redundancy to comply with the intent of the state statutes, all while avoiding any adverse effects as determined by the State Historic Preservation Office. By modernizing the structure, the team would establish the first through-truss bridge in the Midwest to have internal redundancy added to all its fracture-critical elements.

Accomplishing all this required creative problem-solving and complex coordination. Completing a historic bridge rehabilitation is an intricate undertaking wherever the work occurs, but doing it on budget in Minnesota’s harsh climate is a whole other matter. Long winters and road salting had fueled deterioration, making it possible the contractor would uncover even more corrosion in the field. Lead paint had to be removed, section-loss measurements taken, and the entire structure repainted. High-strength bolts and new steel plates had to be installed over tens of thousands of rivets, which had not always been installed according to the original plans. The team also had to replace the aging bridge deck and patch spalled piers to blend with the bridge’s concrete color. After analyzing the structure’s timber piles, the team encountered another dilemma: The piles would not stand up to the impact of a modern barge collision and would have to be strengthened as well.

Every step of the way, Michael Baker’s team worked with the project historian and MnDOT’s Bridge Office and Cultural Resources Unit (CRU) to evaluate each engineering improvement for compliance with the National Historic Preservation Act of 1966 and Minnesota’s State Historic Preservation Office. This called for extensive, detail-oriented work and intense coordination.

The CM/GC team began work on the Winona Bridge in 2014. It first generated complex 3D finite element models to analyze the fracture-critical components of the structure and formulate plans for strength and internal redundancy retrofits. These designs relied on steel plates and post-tensioning bars that strengthened the bridge and extended its service life by 50 years.

Owing to the age of the structure and the parameters for historic designation, the team faced numerous obstacles during the rehabilitation. It solved the issues posed by the bridge’s timber piles by implementing a scour protection system, which consisted of geobags and rip rap. Additionally, an innovative underwater strut system was designed, essentially linking the original structure to the new parallel bridge. In doing this, the team ensured that both structures would share the impact of any barge collision, distributing the force and bolstering the older bridge’s timber-pile foundations.

Ultimately, the CM/GC approach proved to be a massive success, providing expert oversight, comprehensive coordination, and state-of-the-art solutions. What’s more, it delivered these innovative designs with great cost certainty prior to construction and no construction cost growth, opening the bridge to traffic six months ahead of schedule.