"Ted was integral to connecting AISC with the erector community," said AISC Senior Vice President Scott Melnick. "He had friends everywhere and could always be counted on to make a needed introduction, offer practical advice, or join a group in a good glass of wine." 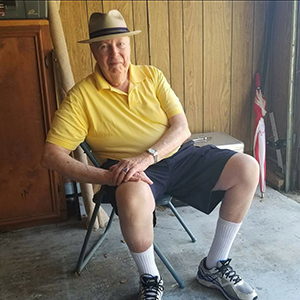 pard attended Yale University, where he graduated with honors in 1955. A civil engineer by trade, he served on several AISC committees, including the planning committee for NASCC: The Steel Conference, the ad hoc Committee on the Erector Standard, and AASHTO/NSBA Collaboration Task Group 10 (Erection). At the time of his death, he was a sitting member of AISC's Certification Standards Committee, which he joined in 2011.

Sheppard was a fixture in the industry for decades. In a 2013 Steel Conference session, Bill Merrell noted that the AISC Steel Construction Manual was in its fifth edition when Sheppard started his career in 1951. AISC will release the 16th edition of the Manual next year.

He was also a long-time member of the Ironworker Management Progressive Action Cooperative Trust (I.M.P.A.C.T.). He never officially retired and remained active with I.M.P.A.C.T.--in fact, he was helping steel erectors achieve AISC Certification until just a few days before he died.

"Ted was a force to be reckoned with, as I learned when we served together on the Certification Standards Committee," recalled Todd Alwood, AISC vice president of membership and certification. "His insights into the world of structural steel erection were invaluable, as was his attention to detail. The latter did, however, cause some contention between us--he always delighted in reminding me that my parents had spelled my middle name (Allen, not Alan) incorrectly."