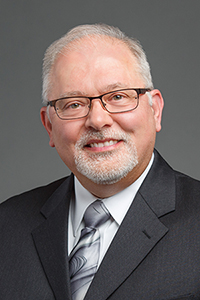 (Chicago, IL) - Lawrence F. Kruth, PE, has been named the new vice president of engineering and research at the American Institute of Steel Construction (AISC). He succeeds Charles J. Carter, SE, PE, PhD, who has been promoted to president of AISC effective December 5.

Most of Kruth’s career has been with Douglas Steel Fabricating in Lansing, Mich., most recently as a vice president. He has notable expertise in fabrication and erection, quality systems, safety and connection design. Before joining Douglas Steel in 1984, he had stints with H & G Fabrication Corp. in Grand Ledge, Mich., Kaiser Engineers of Pennsylvania in Pittsburgh, Master Engineers in Pittsburgh and Franklin Associates in Somerset, Penn.

“Larry brings an amazing breadth of expertise and proficiency in fabrication and erection, and the associated engineering,” said Carter. “I’ve worked with him closely on a number of AISC technical committees and have always been impressed by his knowledge and his ability to work with a wide range of people.” Kruth has served on the AISC Specification Committee and its task committees on connection design and quality control and assurance, the AISC Safety Committee and the AISC Research Committee. He also has assisted with AISC’s efforts to provide resources for construction management education, is a 25-year veteran of the National Student Steel Bridge Competition, and served four years on the AISC Board of Directors.