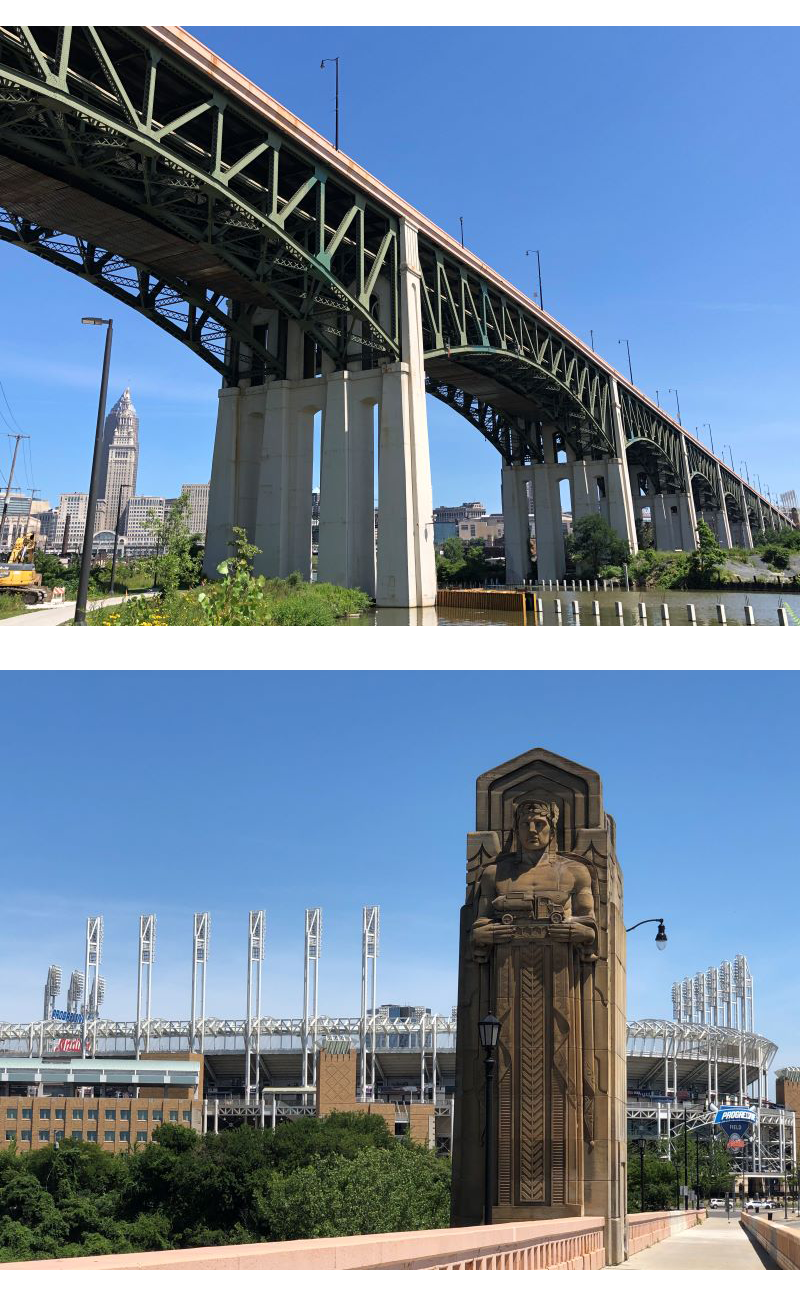 The Hope Memorial Bridge, also known as the Lorain-Carnegie Bridge, is a major high-level bridge that spans over the Cuyahoga River valley in downtown Cleveland and provides a gateway into downtown Cleveland from the West Side. Built in 1932, this landmark steel bridge is listed on the National Register of Historic Places. The American Institute of Steel Construction praised the Lorain Carnegie Bridge as one of the most beautiful bridges of 1932, giving it an honorable mention in the Prize Bridge Awards.

The 3,657-ft-long bridge consists of 15 main deck truss spans ranging from 299 ft over the Cuyahoga river to 132 ft at the ends, along with 5 approach spans. The bridge is configured as two separate truss bridges that are side-by-side and connected with floor beams. The aesthetically pleasing, arch-shaped deck trusses are in a Pratt truss configuration, and the main load-carrying truss members are riveted built-up latticed steel members. Diagonal bracings between the truss bottom chords are also built-up latticed steel members.

The bridge, which sits at least 90 feet above the river, currently carries four vehicular lanes as well as sidewalks on both sides. This impressive steel structure was actually designed for a lower deck that was intended to carry streetcar rail traffic as well as additional vehicular traffic, however the lower deck was never used. Other than routine maintenance, no major repairs or alterations have ever been made to the steel structure.

Engineers Wilbur J. Watson & Associates designed the bridge, with Frank Walker serving as consulting architect. The bridge features four iconic sandstone pylons that depict the Guardians of Traffic.  Each pylon has two sculpted figures holding a vehicle, representing the history of ground transportation through depictions of a stagecoach, a covered wagon, a 1930s-era automobile, and four types of motorized trucks used for construction. The Guardians were sculptured from local Berea sandstone by Henry Hering and are a highly recognized symbol in Cleveland.

The bridge was renamed as the Hope Memorial Bridge in the 1980s in honor of the father of the actor and entertainer Bob Hope. The Hope family settled in Cleveland when they moved from England in the early 1900s.  Bob Hope's father was a Cleveland stonemason who worked on this magnificent bridge.

Photos of the Hope Memorial Bridge under construction and the Guardians of Transportation in 1932. 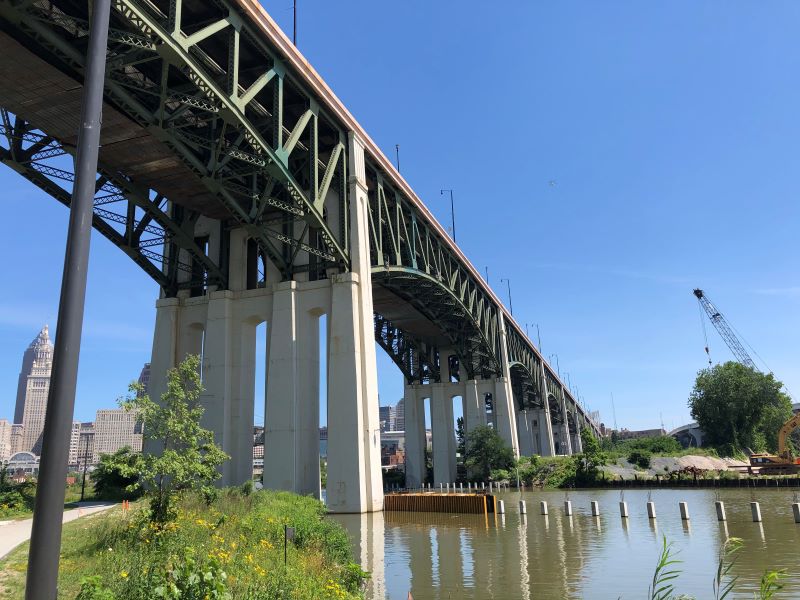 View of Lorain-Carnegie bridge from the West Bank of the Cuyahoga River, Looking at the South Side of Bridge. 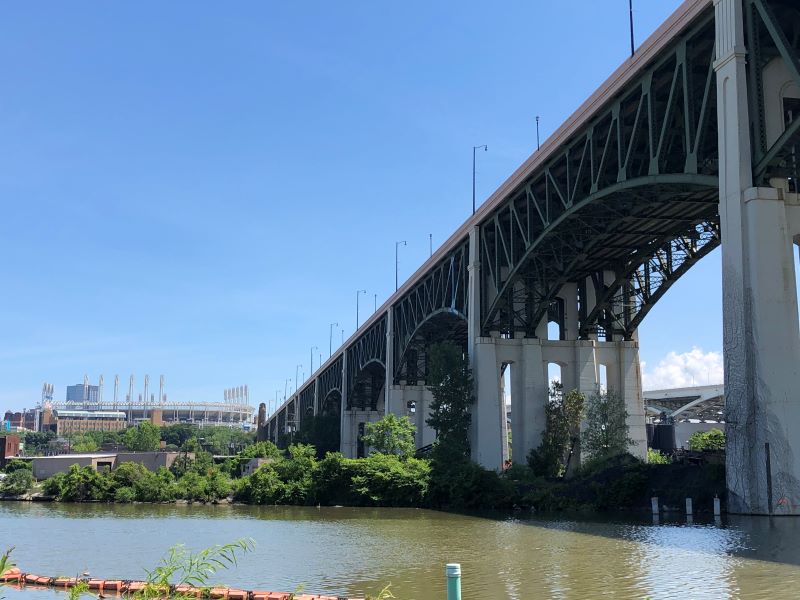 View of Lorain-Carnegie bridge from the West Bank of the Cuyahoga River, looking at the North Side of the Bridge, Progressive Field in background. 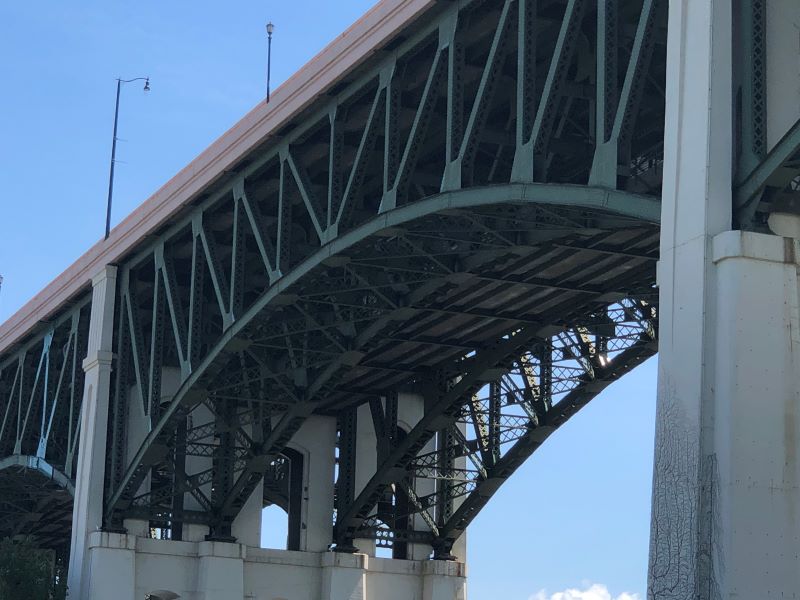 Close-up view of one of the river spans, notice the four truss planes and the lower unused deck. 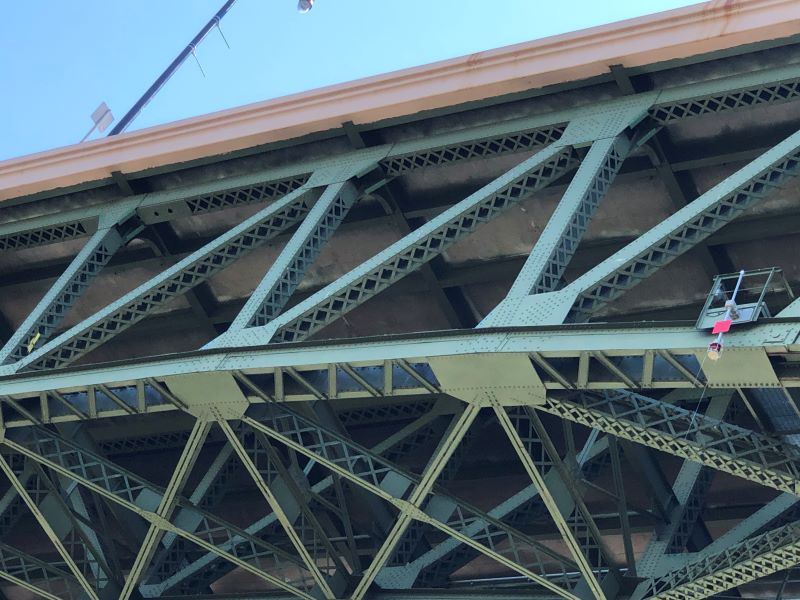 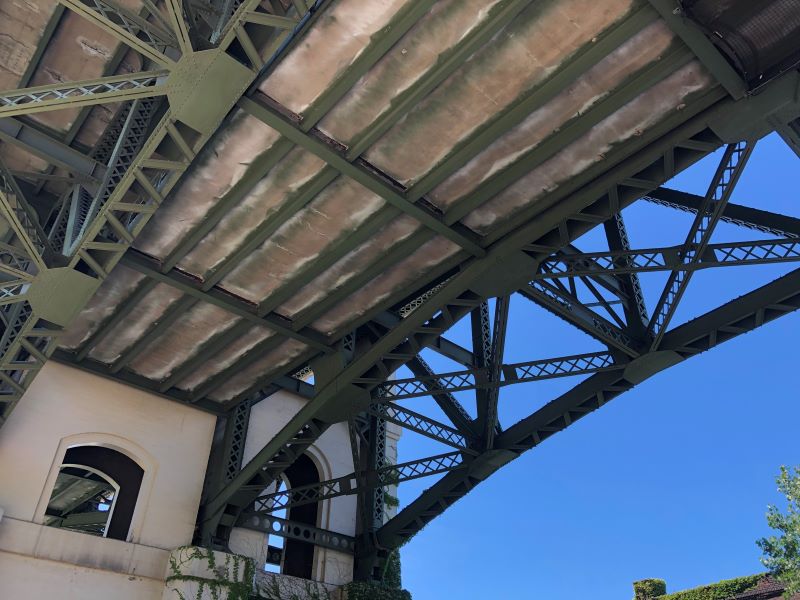 Below the east end of the bridge, looking up at the lower deck. 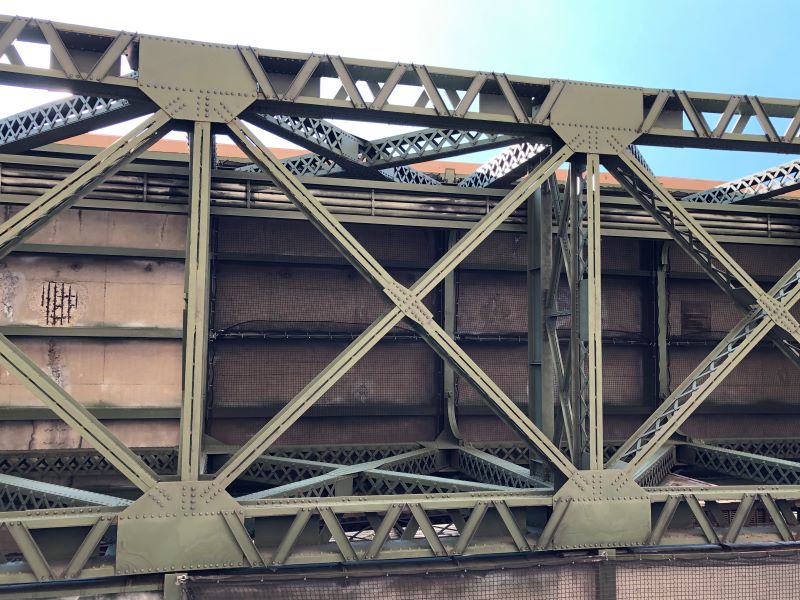 View from below the bridge, looking at the lateral bracing between two of the truss places.

View of the Lorain-Carnegie bridge looking North into downtown Cleveland. 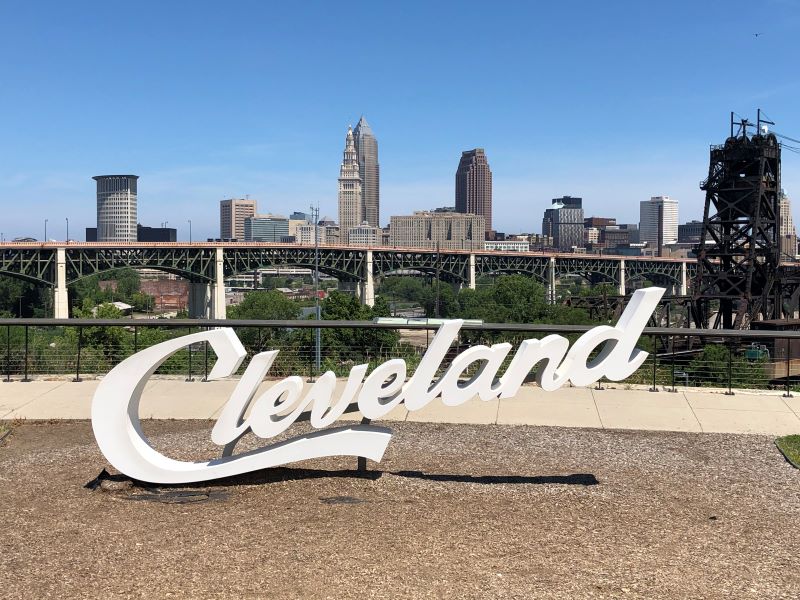 Cleveland script sign in Tremont, and the Lorain-Carnegie Bridge and city in the background. 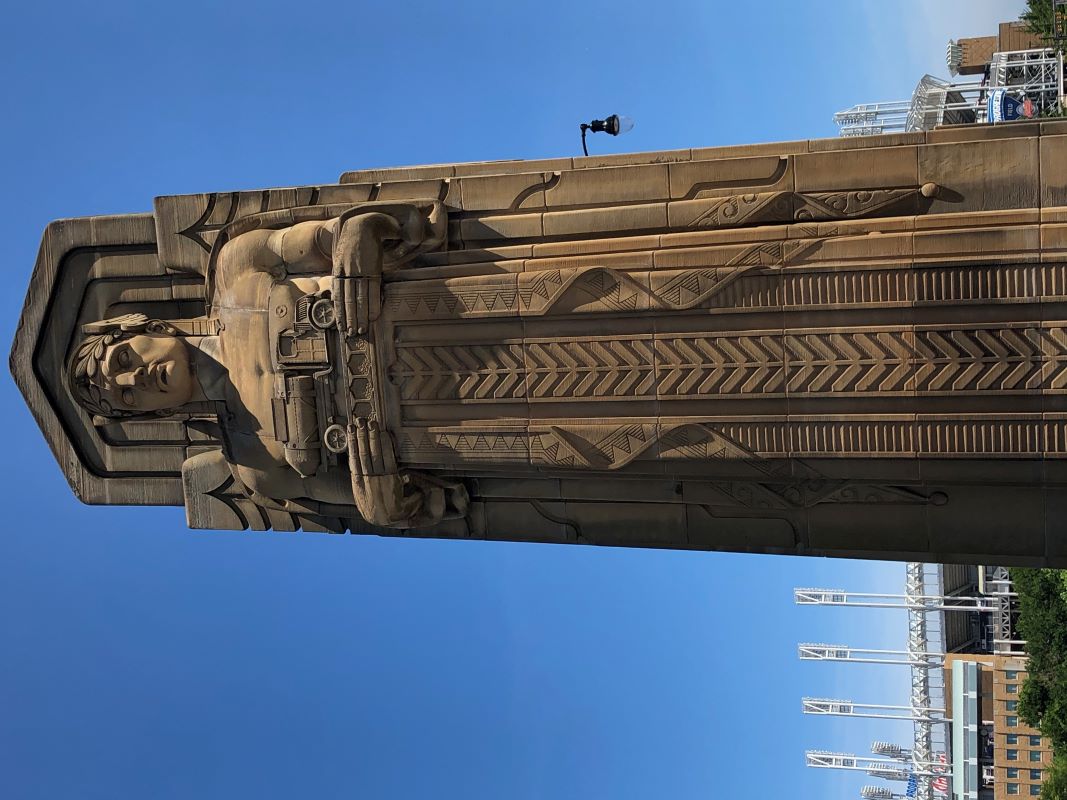 A Guardian of Transportation.

A Guardian of Transportation.

Panoramic view of the bridge, looking at the north side.