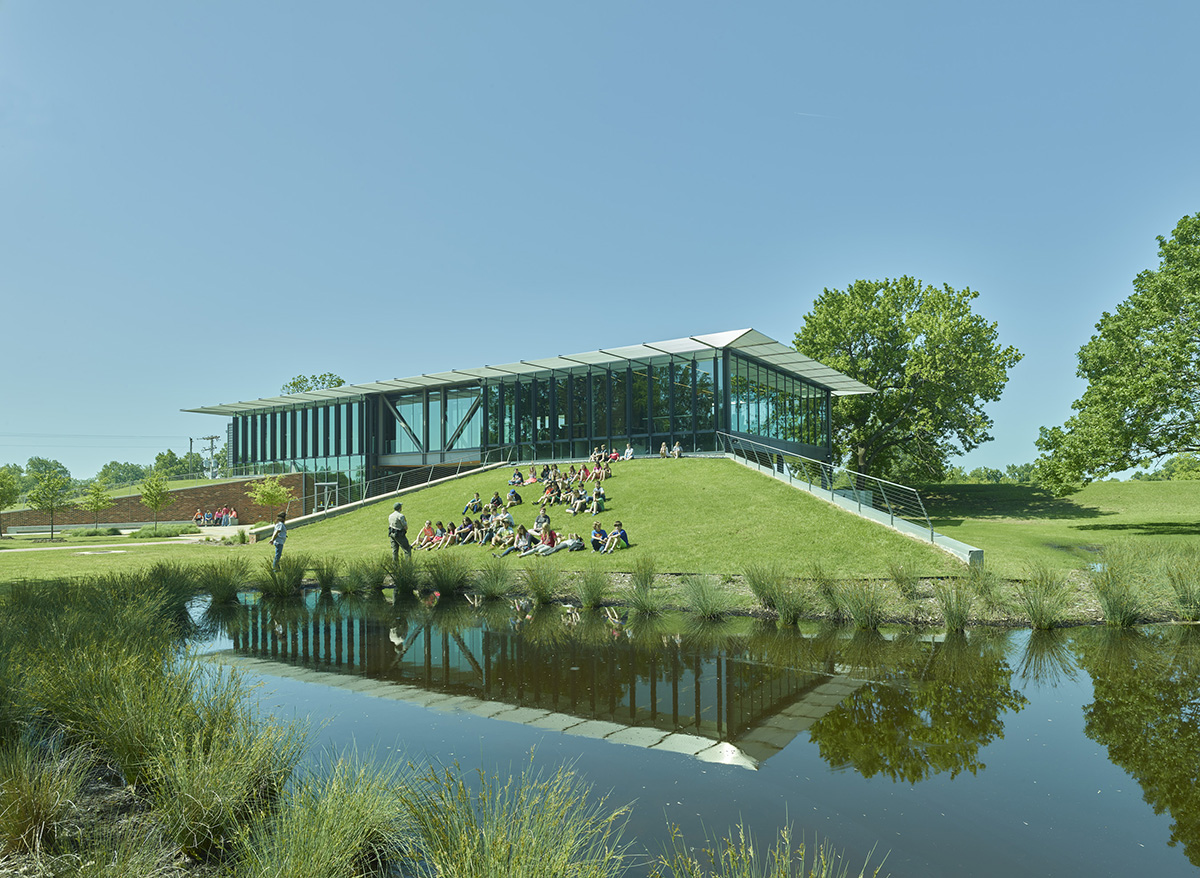 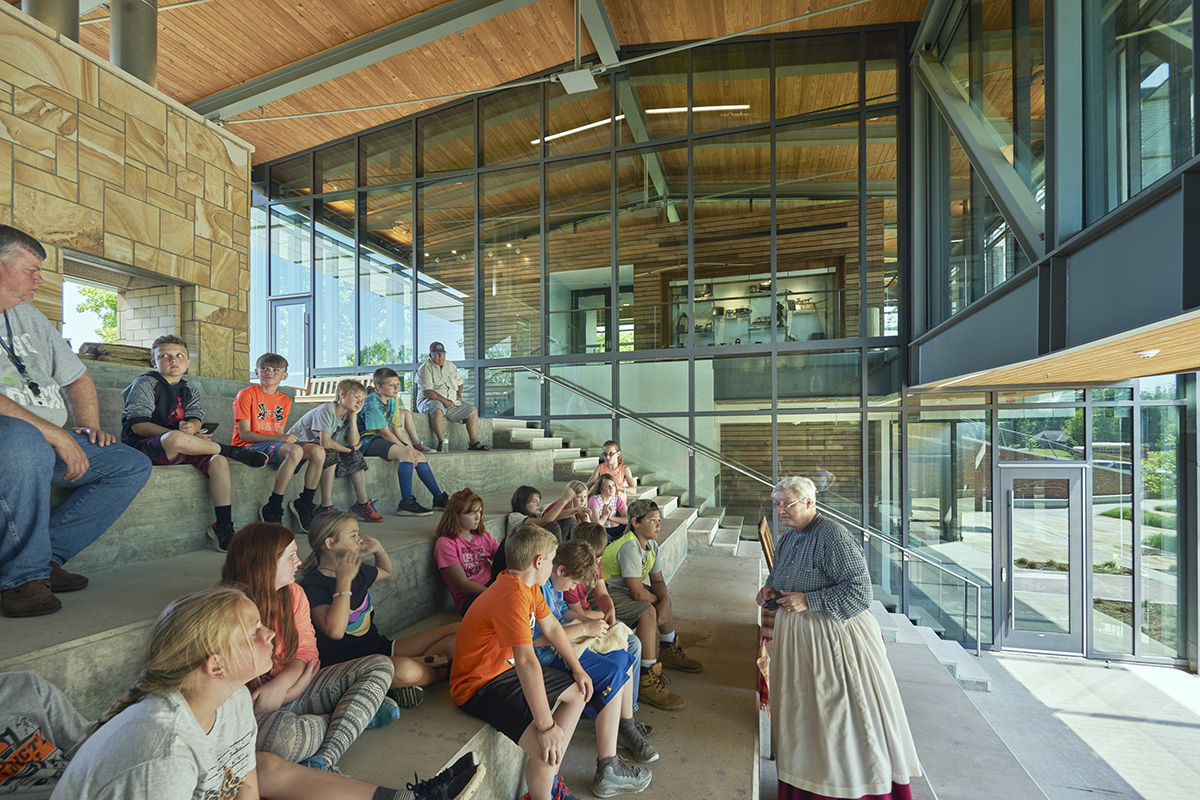 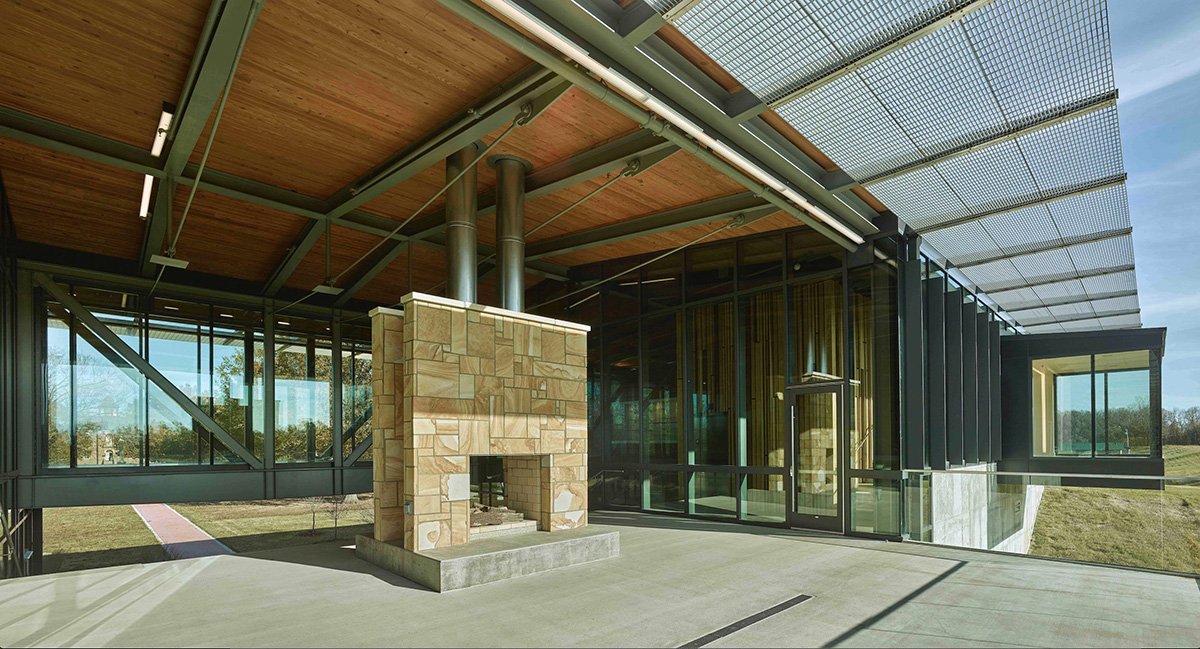 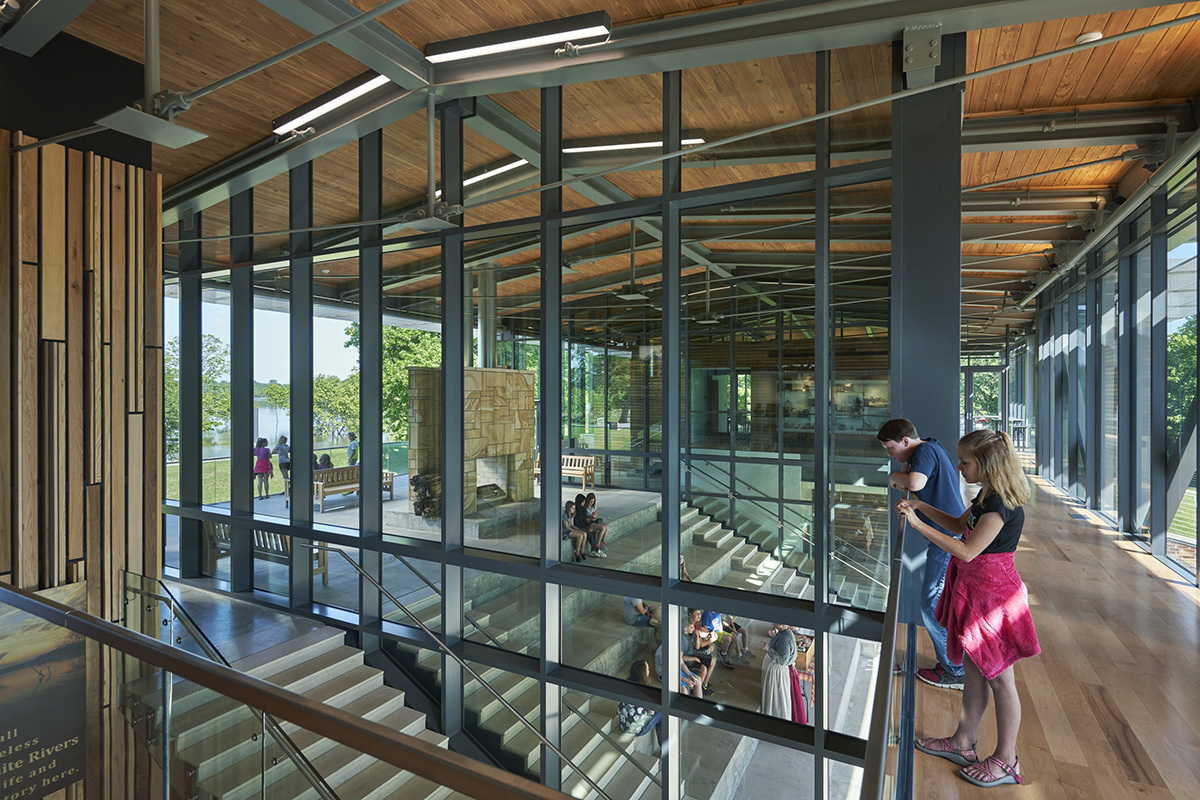 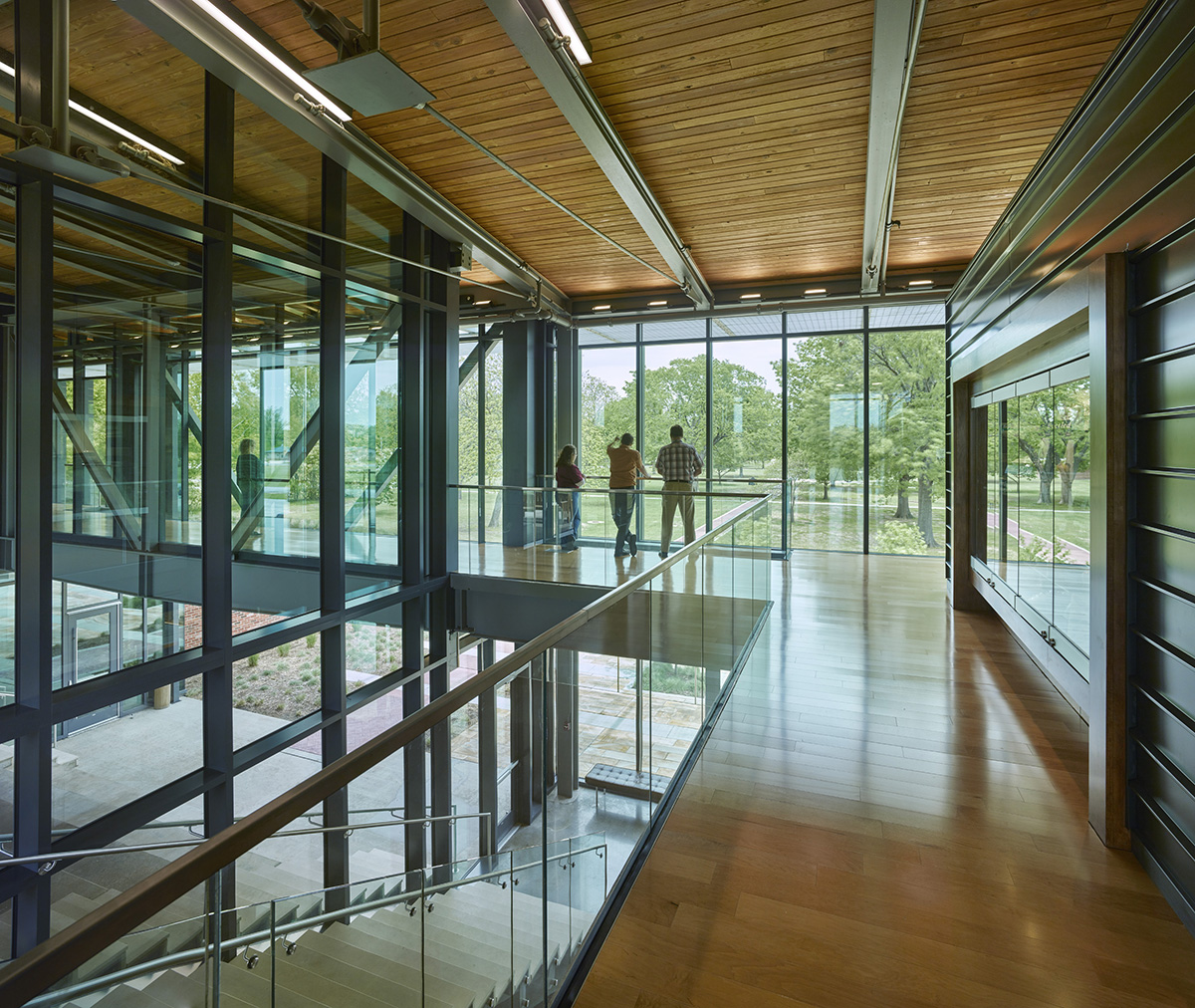 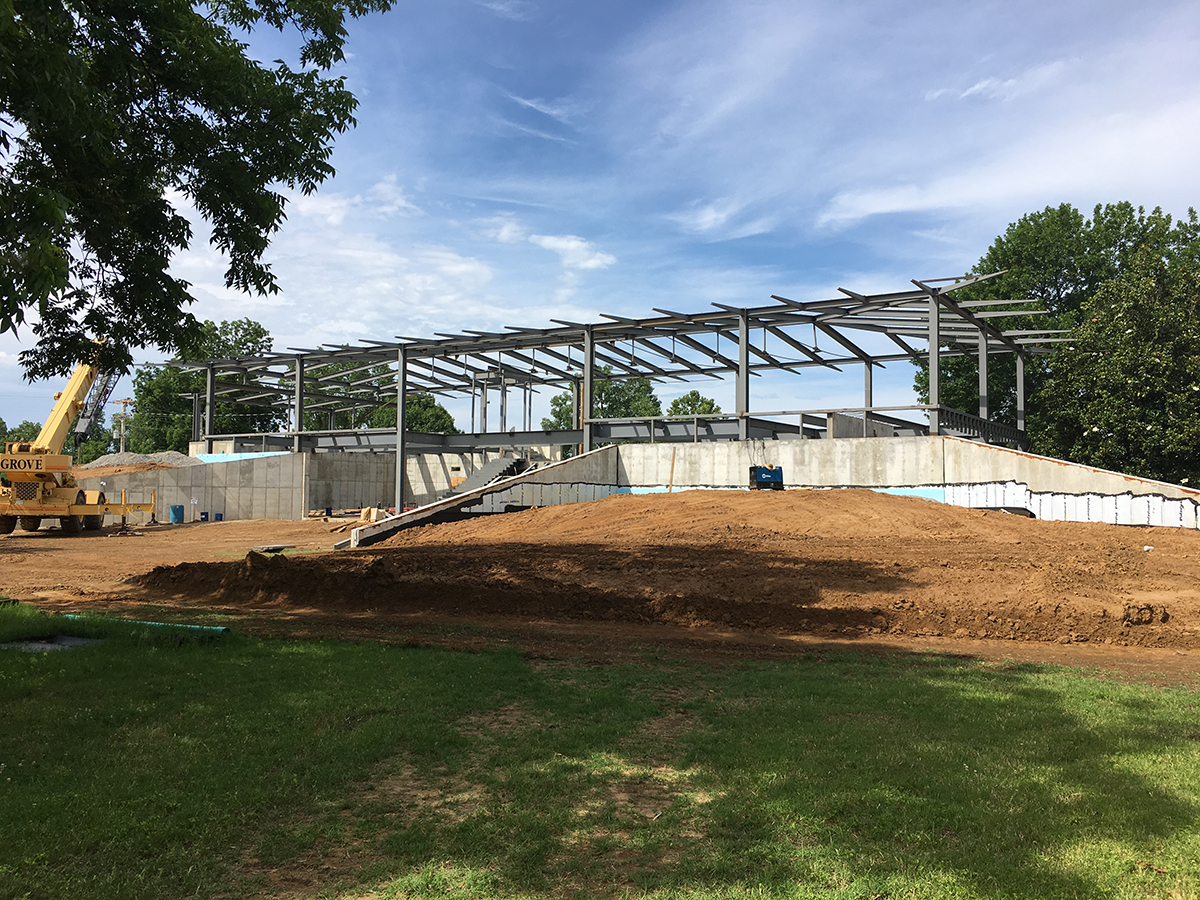 Situated at the confluence of Arkansas’ White and Black Rivers, Jacksonport was a thriving port town in the 1800s, serving steamboats that held up to 200 passengers.

It’s a place of contradiction geographically and historically, where the Mississippi Delta meets the mountains. Because of its accessibility to the Arkansas and Mississippi Rivers, Jacksonport was a Civil War strategic stronghold, being held five different times by Union and Confederate forces and serving as both generals’ headquarters. Most importantly, Jacksonport was the location of the Confederacy’s surrender of Arkansas.

In 1872, a beautiful courthouse became the town’s centerpiece and county seat. But when the railroad eventually bypassed Jacksonport and river commerce waned, the town suffered. Devastating floods led to levee construction that forever separated the town from the river. In the 1960s, to save the historically significant courthouse from demolition, a new state park was established. Visitors, however, were still separated visually from the river. The new Jacksonport State Park Visitors Center was designed to remedy this situation.

While the design team was tasked with making a functional facility, the real challenge was to create a stage to experience and engage both river and town, past and present. The center creates three distinct second-level exhibit experiences: the river gallery overlooking the port, the town gallery overlooking the park/courthouse, and the inner exhibit gallery sheltering light-sensitive displays. The visually simple but rigorously detailed glass enclosure creates an elegant platform that recedes into the levee from the park’s historic structures. A berm acts as a lawn theater for reenactments, while the entrance plaza’s grove of six trees represents the almost 6,000 Arkansans whose war ended in this place.

Steel was the only logical choice for the delicate, light spans needed to create a column-free environment, which greatly helped with the interior planning of the exhibits. When researching the historic boats that once graced the port area, it was discovered that steel with wood decking and railing details was prevalent. In fact, the hull and much of the structure of the Mary Woods II steamship, a prominent feature of the park for years, were steel. The bridge leading to the boat from shore was a steel truss, and it served as the inspiration for the new building’s “reunification” bridge that spans between two glass forms. Steel also offered the ability for authenticity in expression, facilitating the all-glass exterior cladding, and moment frames eliminated bracing, except for where it was desired at the bridge.

With the building being next to a levee, coordination with the Corp of Engineers established exact parameters for placement of the footprint. Establishing a 15-ft setback from the levee toe to the road embankment that leads over the levee created the opportunity to make the building look like it was part of the levee by establishing a berm-theater on the opposite side of the road. This decision, and the challenge of anticipating a catastrophic flood possibility, led to the decision to use a combination of concrete and steel at level one behind the earth berms, but all-steel rising above at the second level. The solution tricks the eye into seeing a building sitting on top of the levee while actually concealing almost 50% of the building’s mass.

Keeping the building as narrow as possible allowed the structural system to span the entire width of the building. However, the park’s requirement for a hipped roof led to the unique idea of using a repetitive system of tension rods, a nod to the use of cables in steamships. The resulting trusses are beautiful in their simplicity and repetition, extending within the enclosures and across the outdoor spaces.

For a building that features the structure so prominently, early design charettes with the structural engineer were critical, especially when coordinating other trades such as mechanical and electrical paths as well as fire sprinklers. Revit was used extensively to model all conditions and contributed to animations that helped sell the idea to the client via flyovers and walk-throughs that took the path of the visitor from car to the exhibits.

The visually simple but rigorously detailed glass enclosure creates an elegant 360° viewing platform that recedes into the levee from the park’s historic structures. Every part of the building and site tells a story, one that was lost for decades as the existing building deteriorated. The levee wall, plus the loss in recent years of Mary Woods II to a fire, damaged one of the most historically significant sites in the entire state, limiting the ability to tell its story properly. When the structures are gone, the stories, and history, tend to fade away. The visitor center’s design solution restored the ability to learn through experiential education, attracting all ages to the park.