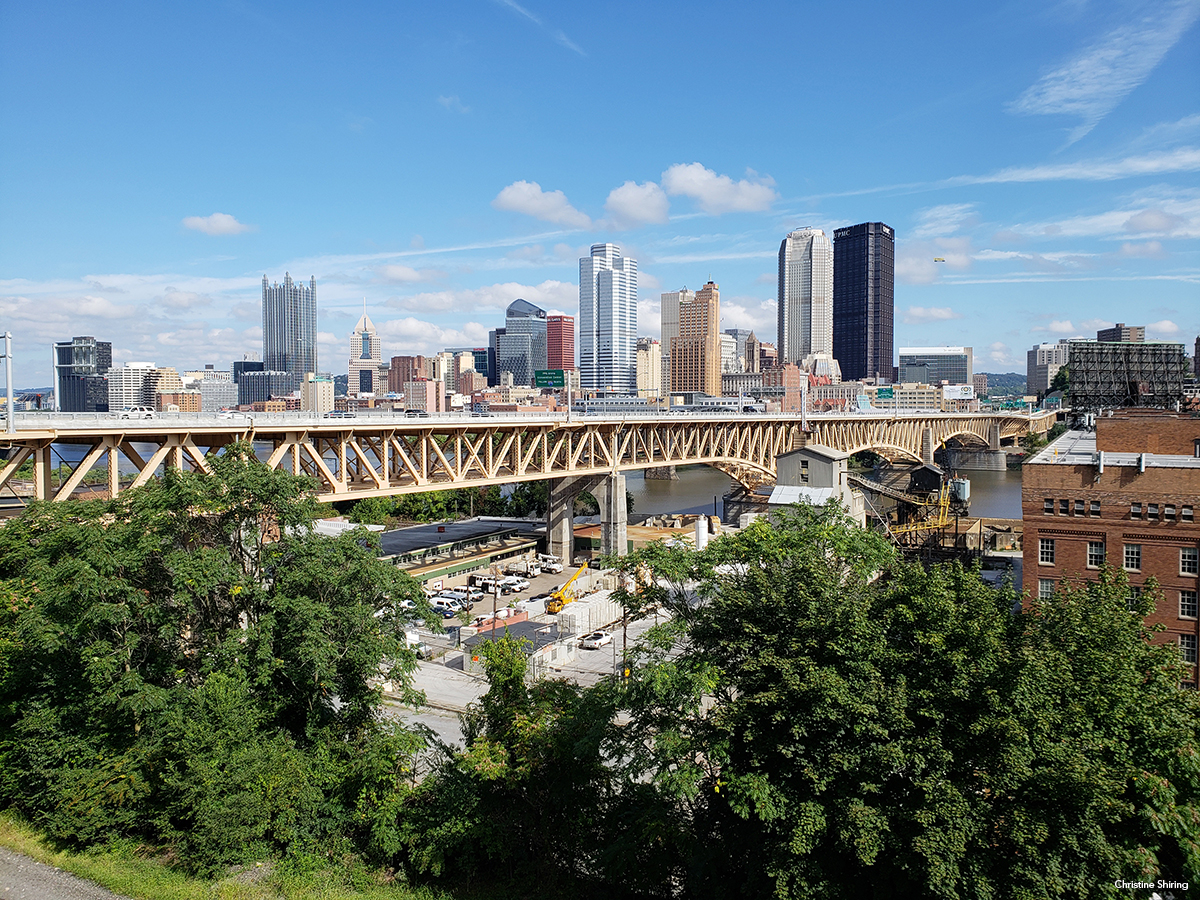 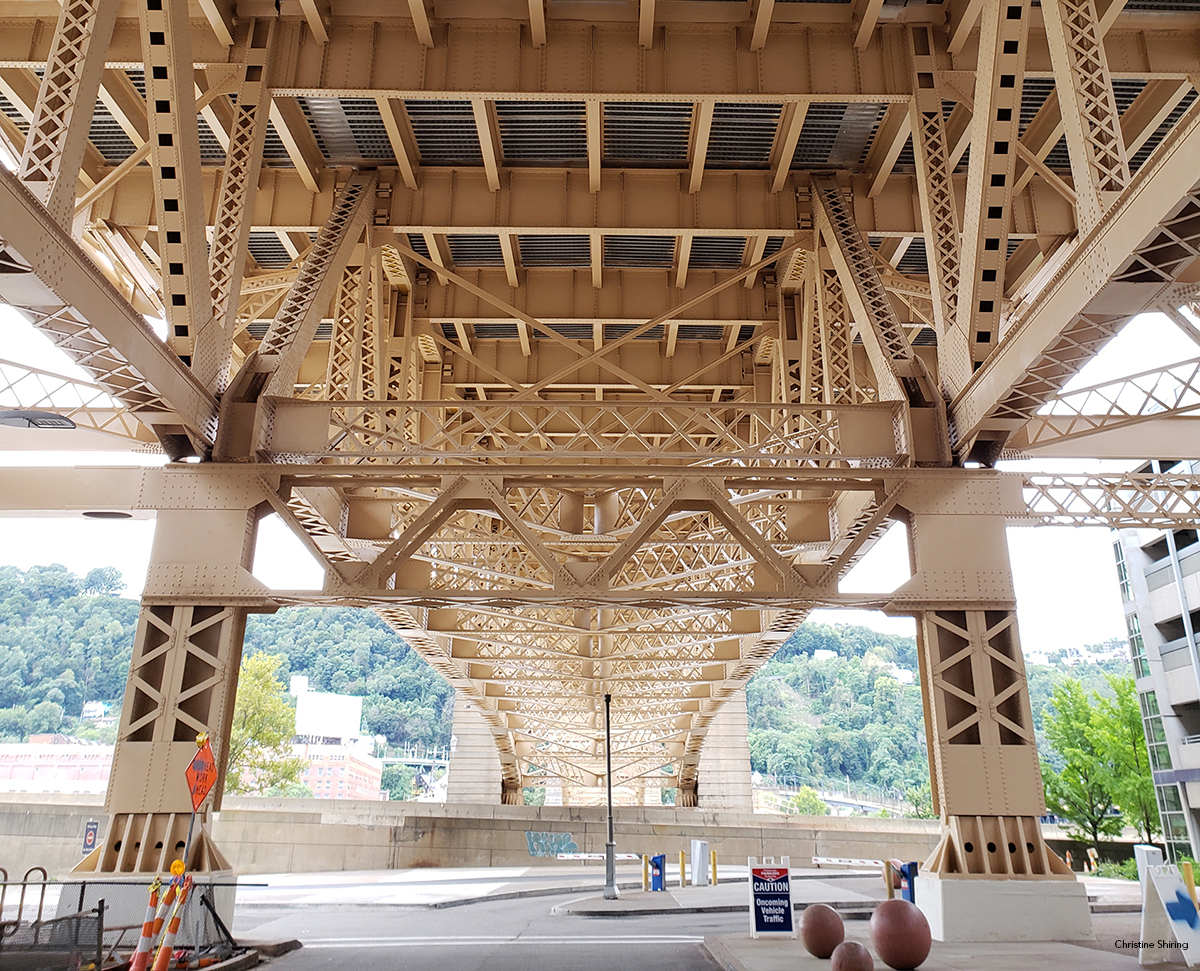 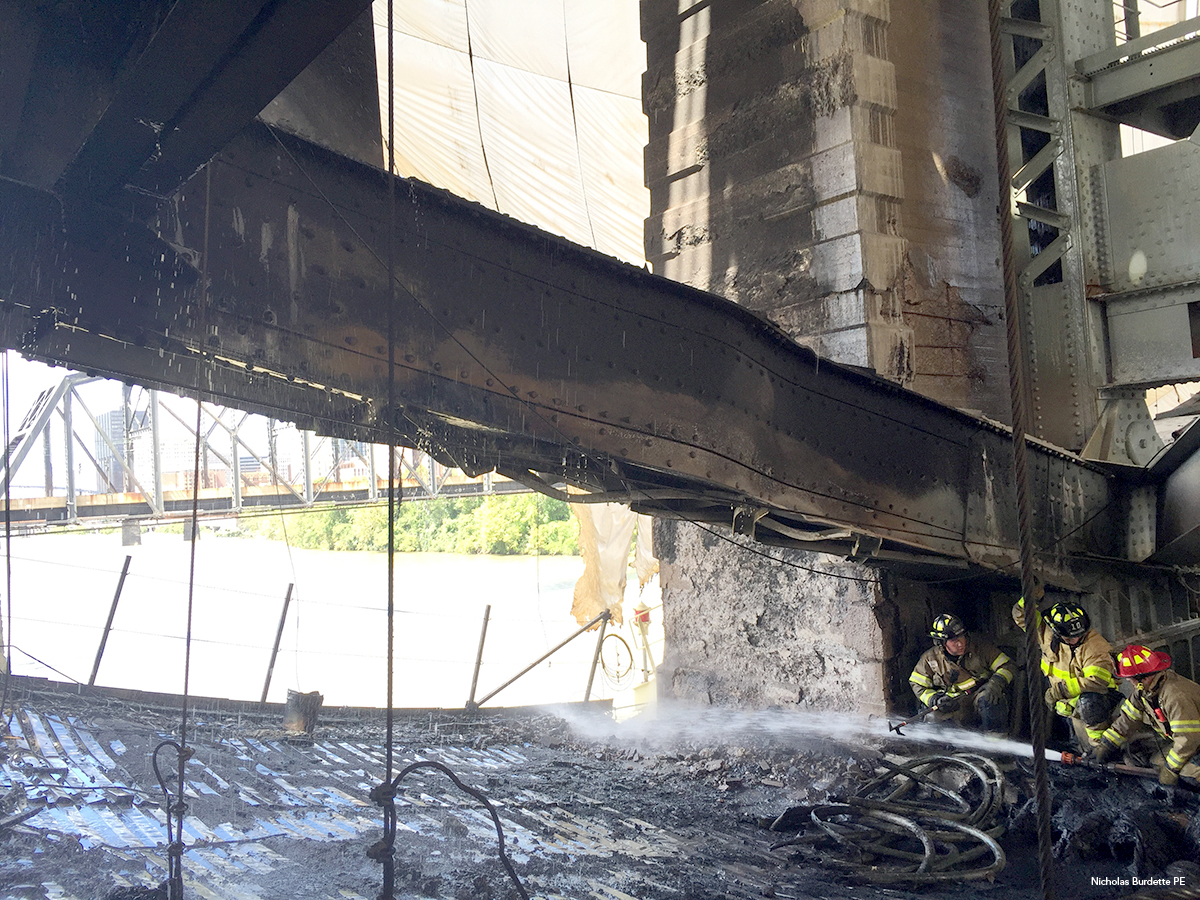 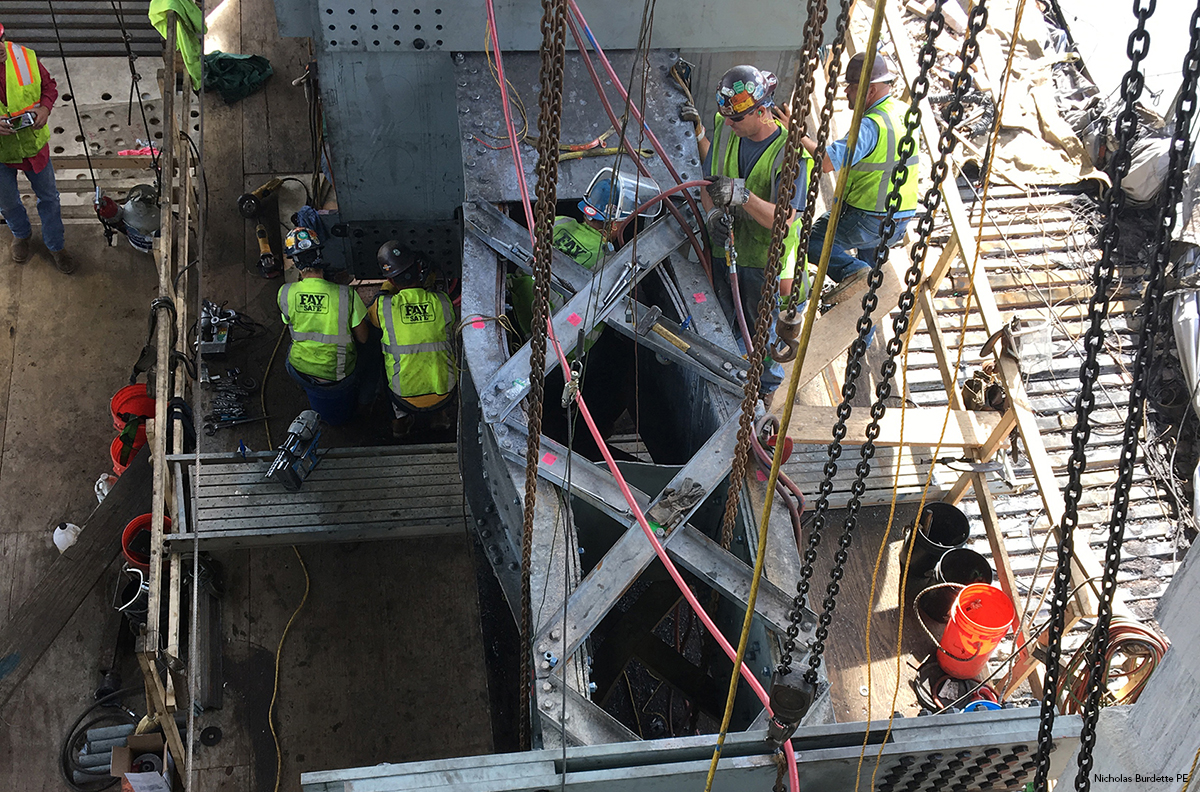 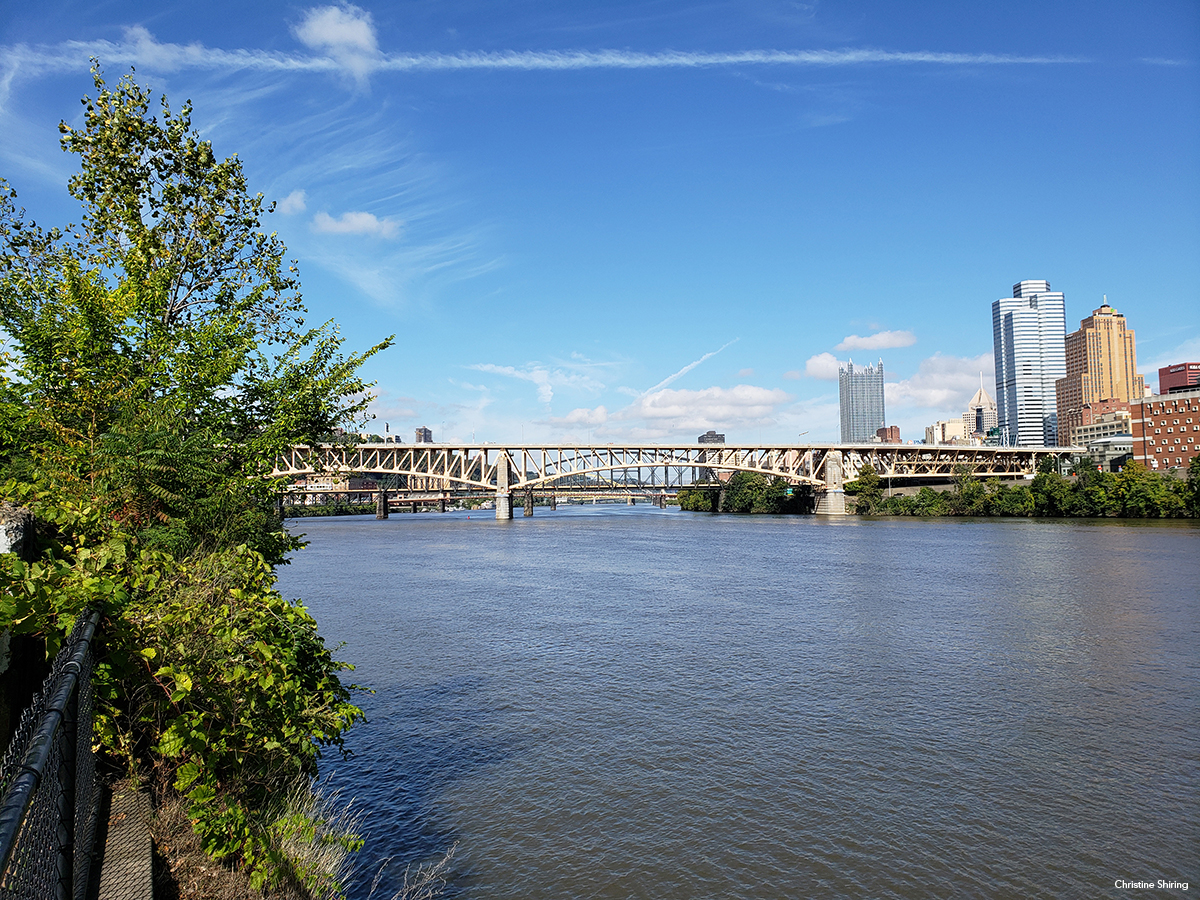 Innovations for the deck were planned, but the greatest innovations are often unplanned. When an accidental construction fire warped and buckled a main truss compression chord, forcing an immediate bridge closure, the team raced to develop a solution to fix the bridge and reopen this critical urban link. The bridge was in a perilous state; it was not known how badly the structure may be overstressed or if collapse was imminent. To assess and fix the bridge, teams of engineers worked many days and nights until the bridge reopened.

A 3D analysis model was built to assess the crippled structure, including both trusses, every bracing member, and the partially removed deck. Using hand- drafted documents from the 1920s, hundreds of unique truss and bracing members were modeled. The day following the closure, the new model showed that most of the 2 million pounds carried by the damaged chord shed into the undamaged sister truss through wind bracing. The 3D steel truss and bracing system proved redundant. No member was overstressed from the bridge dead load. This finding gave authorities confidence in opening the river below the structure to commercial traffic, preventing further economic impact to river commerce.

Without a historical precedent to go by, engineers also developed a steel jacking frame concept that same day to fix the buckled member. This frame would attach to the member and 4 million pounds of force could be applied with huge jacks to straighten the buckled steel. This concept was adopted by the contractor and further developed by their design team. Twenty- four days later, the member was repaired through a combination of jacking and heat straightening, and traffic was restored on the bridge - a momentous day for Pittsburgh commuters.                                  --project team