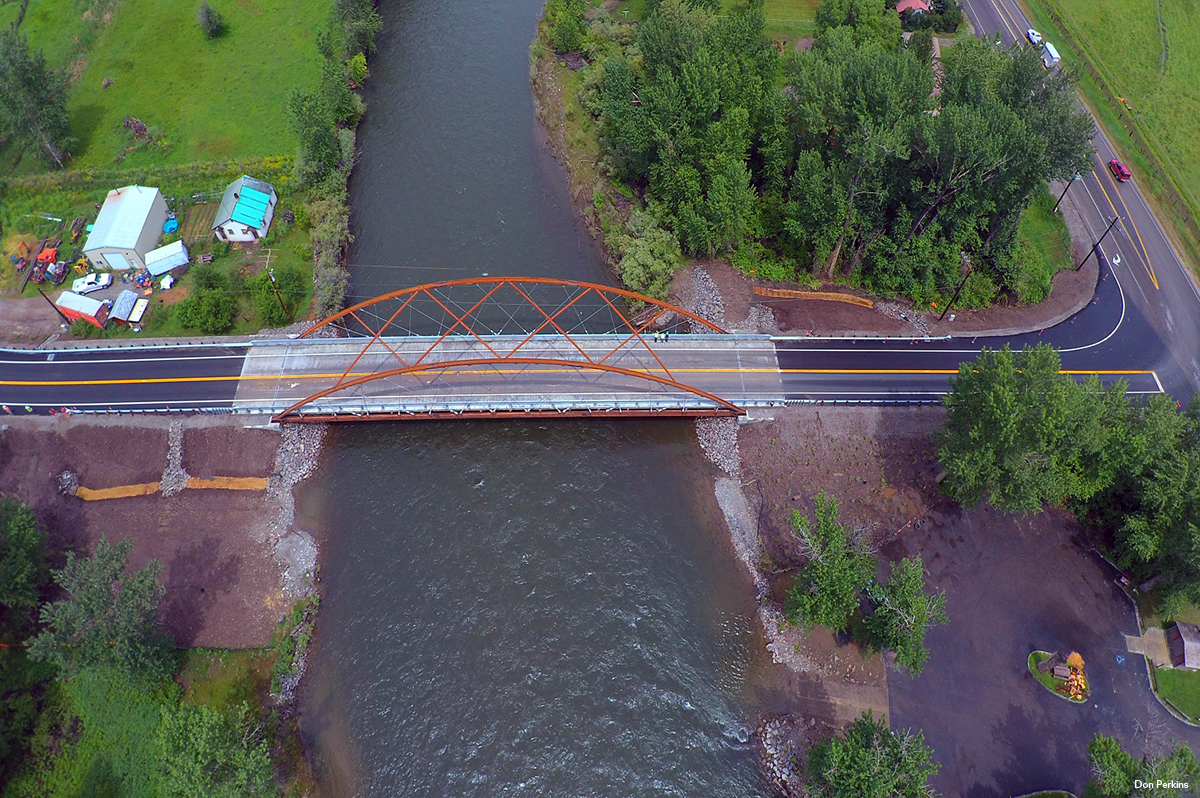 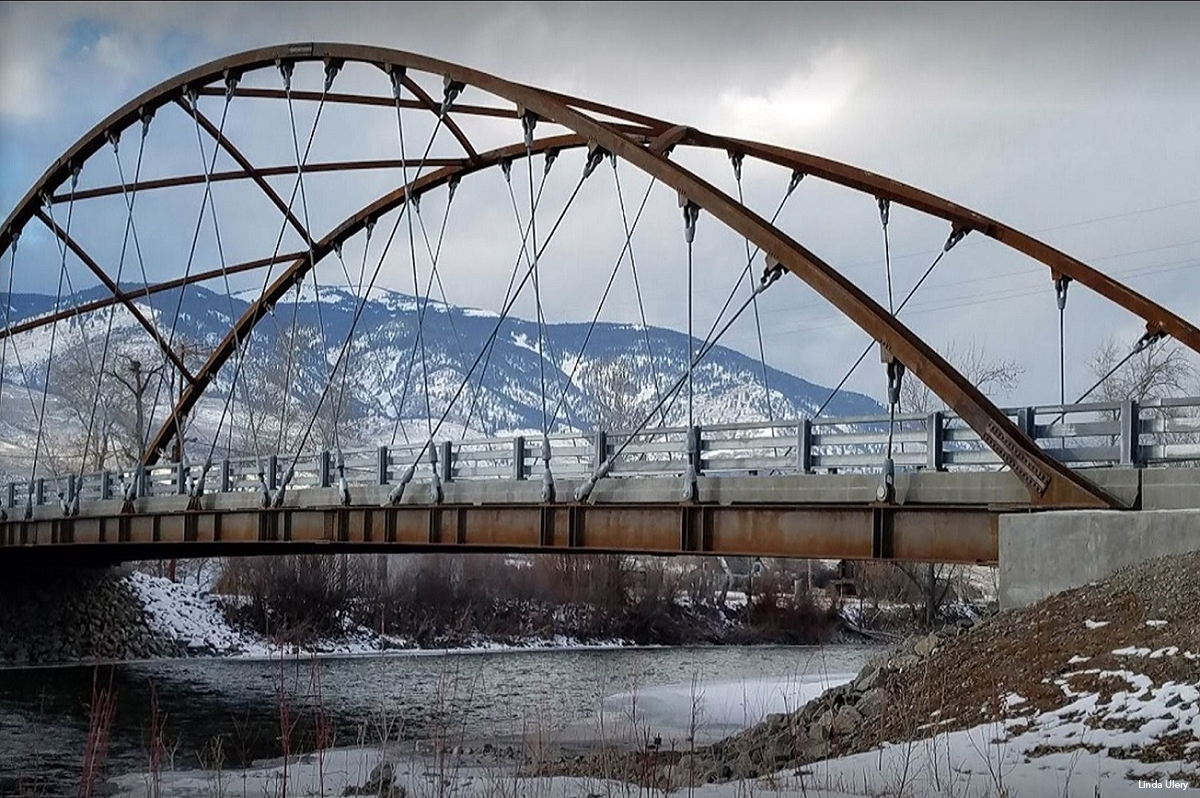 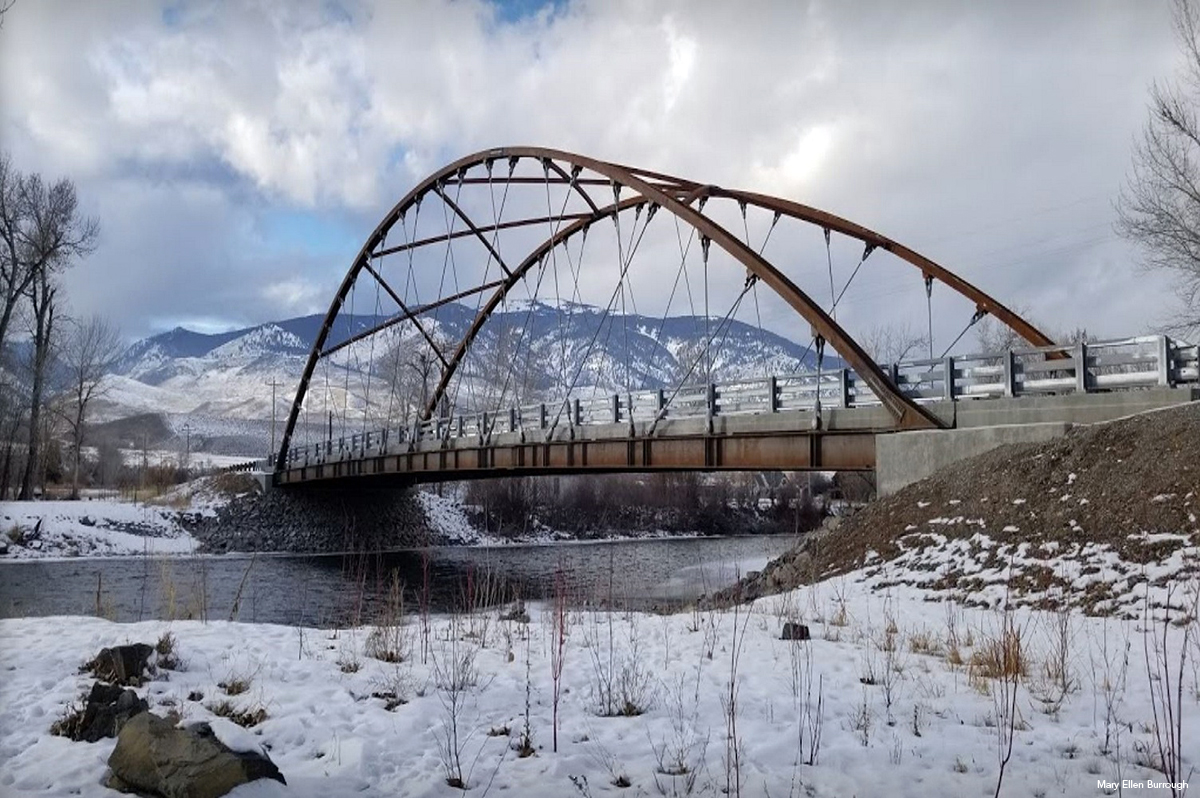 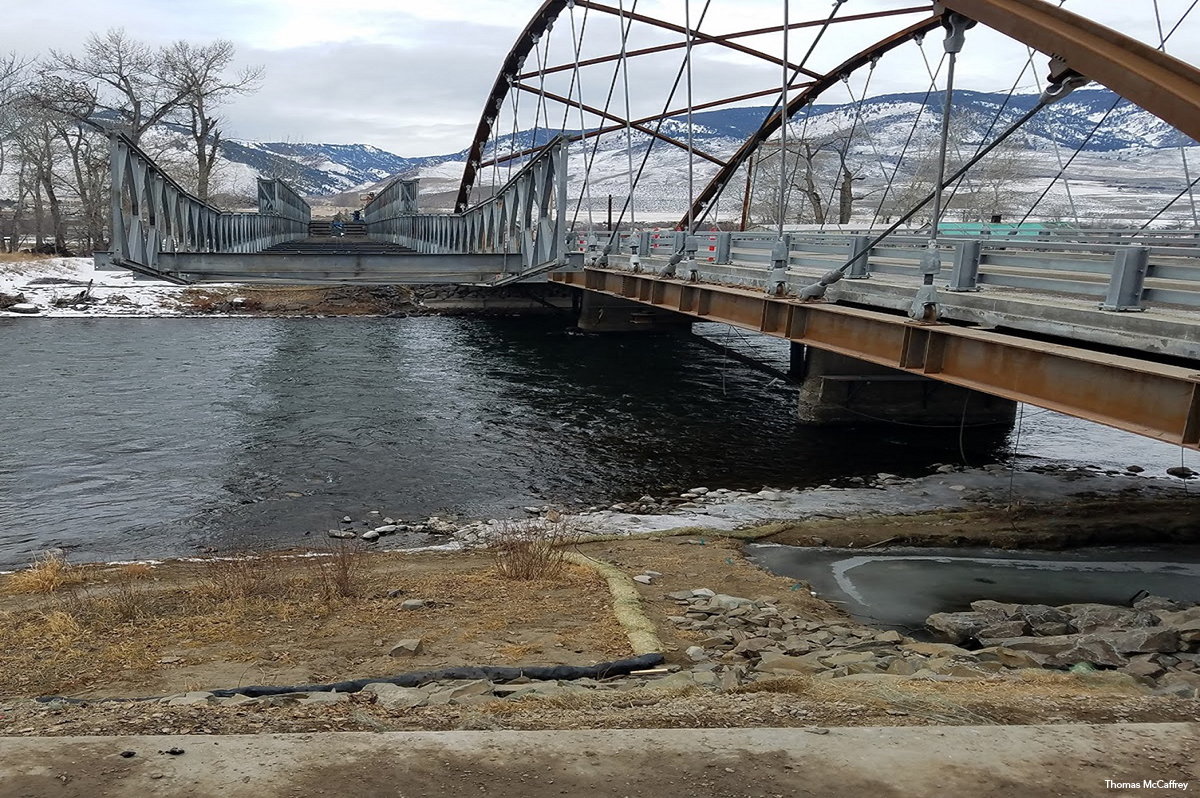 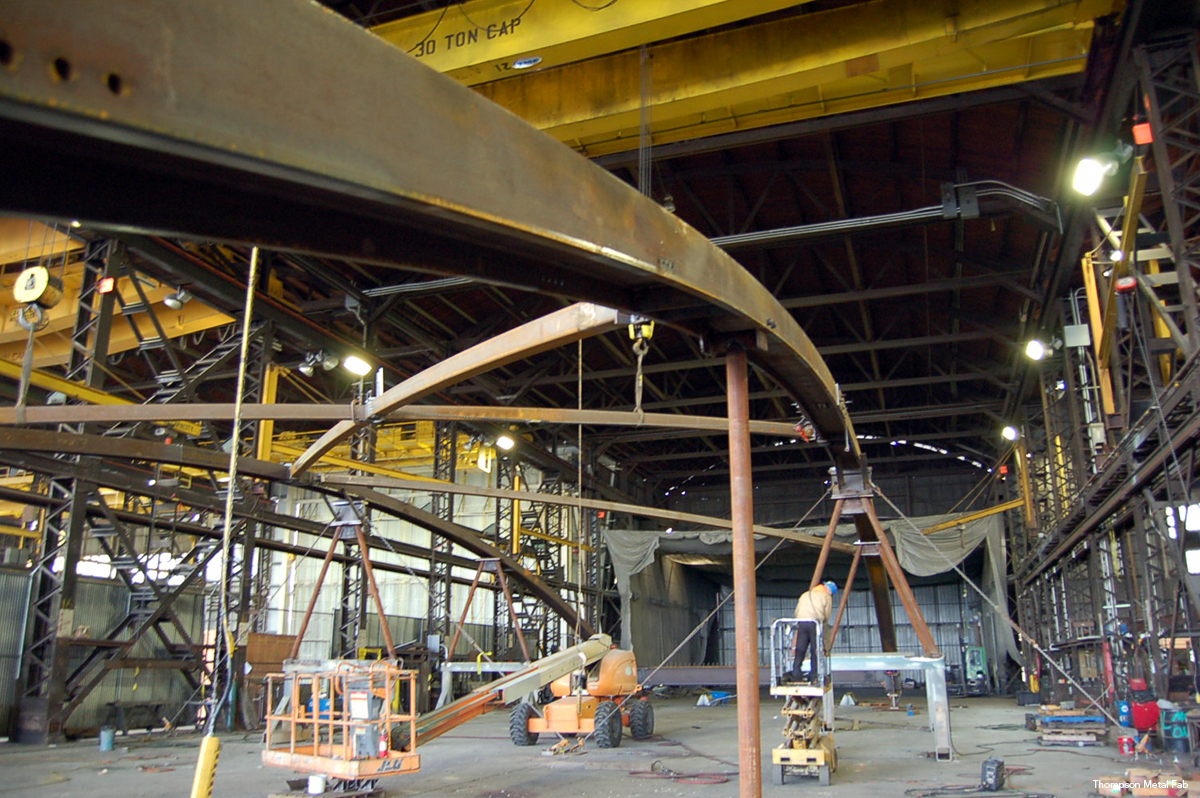 The two-lane Williams Creek (Shoup) Bridge proves that two is sometimes better than one as it replaced an existing single-lane river crossing in Salmon, Idaho, with an attractive two-lane bridge.

The original span was a flat compression-loaded bridge that sat on two concrete piers with sheet metal guard rails. Its replacement demonstrates architectural finesse with arched beams for the main frame with tension-loaded cross cables. The design team performed a fair amount of graphical design work to render the different bridge alternatives it was considering in order to facilitate engaged open houses and public meetings. The team solicited local residents and business owners for their feedback on the various bridge types and looks. Modeling the different stages of steel erection, deck placement, deck curing, temporary support removal, and cable tensioning was a very involved and detail-oriented process, which allowed the team to accurately capture the cable tension and elastic lengthening and account for all of that elastic deformation in the design of the steel members. When everything was completed and all of the loads were on the bridge, the arch had a nice, rounded shape and the roadway profile was at the proper elevation.

The team essentially had to start its analysis with the final product and work its way backwards to determine what shape the arch ribs and tie girders needed to be before they were erected and loaded. “The member lengths and shape of the arch in the final configuration are not the same as the lengths and shapes that get fabricated,” noted one project engineer. “For me, that was the most complex part: the level of detail involved in the finite element model we built to determine all of the different loads and deflections anticipated for various support conditions throughout the entire fabrication to erection process.”

The team employed an Acrow temporary bridge structure for traffic during demolition and construction of the new bridge. The old bridge superstructure was demolished and the new singlespan bridge was built using the existing bridge piers as temporary support structures; the piers were later demolished after traffic patterns were redirected onto the newly constructed bridge. This option was provided as a no-cost change order that eliminated the need to completely shut down traffic over the bridge for a period of 48 hours, providing continued use of the bridge during the contracted bridge slide. This method also minimized environmental impact to the river by eliminating the need to install and remove temporary piers required to support construction of the new bridge.

In a similar fashion, RSCI implemented an alternate approach for structural steel erection that provided environmental and schedule benefits to the project. This involved designing, installing, and working from a platform that was built directly onto the permanent bridge girders and diaphragms. The work platform was constructed in modular units in the construction lay-down yard and erected along with the girders, allowing immediate use of the structurally supported working area as soon as the substructure steel was installed. This working structure allowed for the use of aerial lifts, materials staging, and manpower to access parts of the bridge that would have otherwise required an additional work platform to be constructed adjacent to the bridge using a pile system. This system proved less disruptive to the highly protected Salmon River.