AISC to Honor 12 Leading Design and Construction Professionals at NASCC: The Steel Conference

(Chicago, IL) - Twelve leaders from across the structural steel design, construction and academic communities will be presented with prestigious awards by the American Institute of Steel Construction (AISC) at the 2018 NASCC: The Steel Conference (April 11-13 in Baltimore). The awards presentation and opening keynote will take place on Wednesday, April 11, from 9:15 a.m. to 11 a.m. at the Baltimore Convention Center. AISC awards honor significant individuals who have made a difference in the success of the fabricated structural steel industry. Whether it's for an innovative design, an insightful technical paper or a lifetime of outstanding service, an AISC award bestows prestige and well-deserved recognition upon its recipient.

The Geerhard Haaijer Award for Excellence in Education is only presented infrequently and recognizes individuals who have had a profound and lasting impact in developing a unique application for engineering practice or in the mentoring of future technical leaders. The award honors those who, through their research and teaching, have had an outstanding impact on advancing the use of structural steel framing in the construction industry.

The T.R. Higgins Lectureship Award is presented annually and recognizes a lecturer and author whose technical paper or papers, published during the eligibility period, are considered an outstanding contribution to engineering literature on fabricated structural steel.

The 2018 Steel Conference Speaker Award is a new award that honors the most acclaimed speakers at AISC events.

The  Lifetime Achievement Award honors individuals who have made a difference in AISC's and the structural steel industry's success and provides special recognition to those who have provided outstanding service over a sustained period of years to AISC and the structural steel design/construction/academic community. This year's Lifetime Achievement Award winners are:

The Early Career Faculty Award provides recognition to faculty who demonstrate promise in the areas of structural steel research, teaching and/or other contributions to the structural steel industry. This year's recipients are:

Headshots of the award recipients are available upon request by contacting AISC's Tasha O’Berski at oberski@aisc.org or 312.670.5439. For more information about The Steel Conference, visit www.aisc.org/nascc. To learn more about AISC's award programs, visit www.aisc.org/awards. 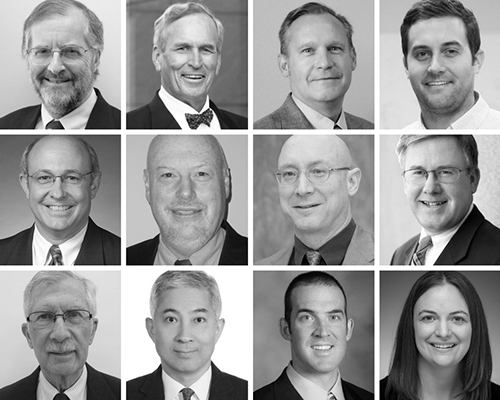