Gatti, 88, had boundless energy and a passion for the steel fabrication industry--so much so that he continued to work seven days a week until his recent illness. The American Institute of Steel Construction presented him with a Lifetime Achievement Award in 2004. 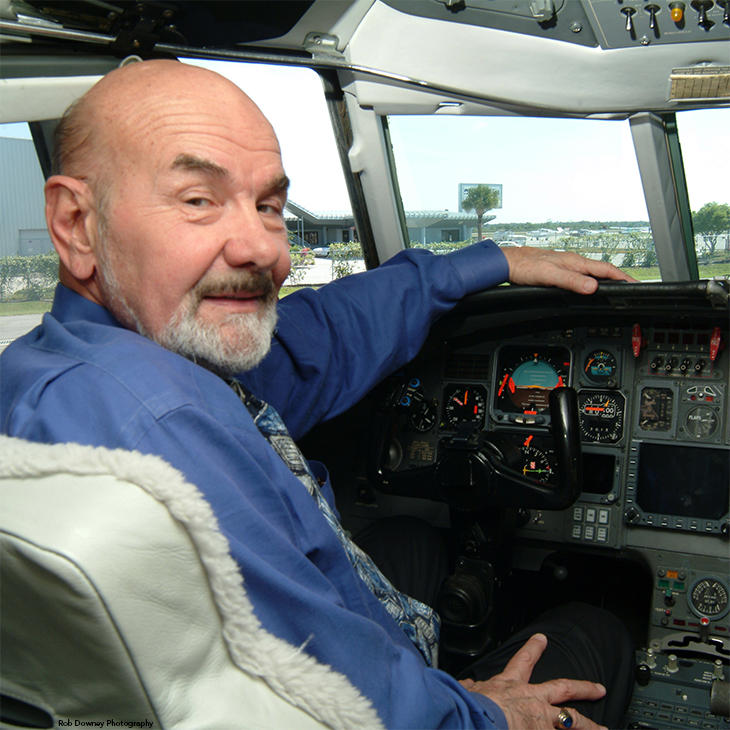 Gatti discovered his passion for steel structures during his trips from the Bronx to Brooklyn to attend the State of New York Community College--a daily opportunity to admire some of the country's most iconic bridges.

In 1953, Gatti was asked to estimate a detailing price for a bid to reconstruct the Third Avenue swing span over the Harlem River in New York City. "Being 20 years old and capable of doing anything, including scaling tall buildings, I responded with, 'Of course,'" he recalled in a 2006 essay in Modern Steel Construction. After it won the bid, that company asked him to start a bridge detailing department--a field that was, by Gatti's own admission, absolutely foreign to him at the time.

"When you are thrown in the middle of a lake, you learn to swim quickly or drown," he said. "I avoided drowning by hiring some capable steel detailers and learning from them as fast as I could."

Gatti founded Tensor Engineering in 1958. Over the next decade, Tensor detailed components for the Verrazano-Narrows Bridge, the Throgs Neck Bridge, Robert F. Kennedy Memorial Stadium, and a Kennedy Space Center project that was the largest moveable structure in the world.

"Walter was my boss, mentor, friend, and source of inspiration and strength for over 37 years," said Tensor Engineering President Bill Lally. "His dedication and loyalty to his employees and the steel industry truly surpassed all expectations.  He was driven to make the most out of his life and in the process pushed all of us to be better.  I speak for us all when I say that I will miss his passion, his bellowing laugh, and his intolerance of mediocrity.  It has been my honor to work alongside Walter for these years and to be given the privilege to continue his legacy through Tensor Engineering."

He loved his work because, as a structural steel detailer, he made meaningful contributions to the fabrication of structures great and small--including iconic bridges in every major U.S. city.

"Walter played a pivotal role in our transition from simpler structures to the soaring, skewed, curved, plate girder bridges that define modern urban highways," said Ronnie Medlock, vice president of technical services at High Steel Structures. "He figured out how to cut plate and build members to satisfy the complex geometries and changing deflection conditions of these bridges, providing solutions for fabricators, and selflessly educating countless engineers throughout the country about these behaviors and best practices in steel bridge design. He loved steel bridges, he loved good solutions, and he loved helping fabricators and engineers achieve excellence in their work."

"Walter is my hero!" said HDR's John Yadlosky, noting that he was proud to be one of Gatti's students. "I've had many mentors and learned a lot from many others, but Walter set the bar high, and I tried my best to reach it.  He was driven, passionate, and fun. He would listen and negotiate (but you better have your story straight or he would eat you alive).  And what I liked the most about Walter was his directness.  He would get to the point and address the issues--no muddying the water. Change his mind or get on board, and if not, then get out of the way. Walter saw the end game and got it done.  I got on board as soon as I met Walter and never regretted a minute, except maybe buying those $150 bottles of wine (which 15 years ago was a lot!).  But Walter paid it back in so, so many ways and lessons learned.  Those lessons were not only about engineering, fabrication, and steel construction, but life and living large.  I particularly liked the gentle quiet that would come over the room when Walter entered, and he never abused that respect.  He just continued to build on it with his next endeavor, task, or simple discussion. I'm going to miss him, but I'll never forget all that he taught me."

Gatti was also a passionate pilot. He first flew as a passenger in 1952, moving to Cleveland to start a job at Babcock & Wilcox. Ten years later, he earned his private pilot's license and flew a single-engine Piper Comanche around the country to expand the bridge detailing team's fabricator base. He had an Airline Transport Pilot rating, which is the highest a pilot can achieve.