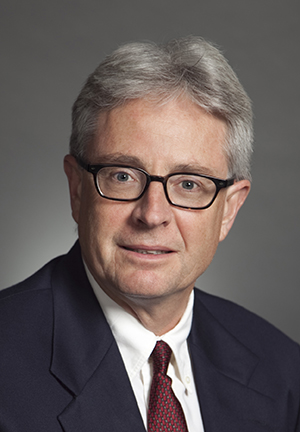 CHICAGO - The American Institute of Steel Construction is proud to present University of Texas at Austin Professor Michael D. Engelhardt, PhD, PE, with the Geerhard Haaijer Award for Excellence in Education to recognize his profound impact on the structural steel design and construction industries.

"It seems that no matter what topic he touches, he makes a significant impact and dramatically advances the state of the art (or the state of the 'Engelhardt' - pun intended)," said AISC Director of Research Devin Huber, PE, PhD. "He has made a lasting impact on the industry and been a mentor to many engineers."

"It has been my great pleasure to be a friend and colleague of Dr. Michael Engelhardt for almost 40 years since his days at Berkeley working with our mutual research advisor and mentor, Egor Popov," said Degenkolb Engineers COO and Senior Principal James O. Malley, SE. "I consider it an honor to collaborate on some of Mike's steel research over the years and to serve with him on various technical and professional committees during that time."

The Haaijer Award is AISC's highest honor for educators, and Engelhardt will be just the eighth recipient since the Award's establishment in 1999. He also won an AISC Lifetime Achievement Award in 2015.

"The impact he's had on the industry is multiplied when you consider all of the students he has taught," said AISC Senior Director of Education Christina Harber, SE, PE. "In addition to students in the classroom in the traditional sense, many of the graduate students that worked with him on his groundbreaking research have moved on to teach their own students. In addition, he has taught thousands of professionals through AISC seminars."

Engelhardt is perhaps best known for his research into seismic performance and design of steel structures following the Northridge earthquake in 1994. In the five years following the earthquake, he conducted more than 60 large-scale structural tests of connections for seismic force-resisting systems, which ultimately led to the development of the reduced beam section connections used in special moment resisting frames--one of the first modern moment connections developed after Northridge. That research earned him the 1999 T.R. Higgins Lectureship Award.

He also made substantial contributions to the development and adoption of eccentric braced frames for use as a seismic force-resisting system--an accomplishment that garnered a 2008 AISC Special Achievement Award.

But his seismic research breakthroughs are only part of the story. Engelhardt's recent research has broadened our understanding of how the properties of structural steel change during a fire, and other projects have driven innovations in the design and construction of skewed and curved steel bridges.

Engelhardt has served as a member of the AISC Committee on Specifications, AISC Task Committee (TC) 9 on Seismic Systems, the AISC Connection Prequalification Review Panel, and AISC TC 8 (Design for Fire Conditions).

AISC will formally present the award on April 12, 2023 during the opening session of NASCC: The Steel Conference in Charlotte, N.C.