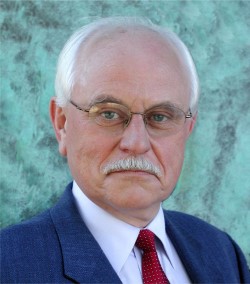 Born in Norway, Bjorhovde earned a doctor of engineering from the Norwegian Institute of Technology before enrolling at Lehigh University, where he received a PhD in civil engineering in 1972 and where he first gained renown for his research on the strength of steel columns, which was later used as a basis for advancements in both the AISC Specification and international design codes. He ultimately earned both a T.R. Higgins Lectureship Award (1987) and an AISC Lifetime Achievement Award (2011). His long involvement with the structural steel industry included his role as an AISC regional engineer and more than 22 years as an industry consultant.

"Reidar has been a big part of AISC standards development since I came to AISC in the mid-80s and before, and I always admired his dedication to the industry and his enthusiasm," said Cindi Duncan, AISC's Director of Engineering.

"Reidar was a good friend to all of us in the steel fabrication industry, and he was a special person in my life," added Ted Galambos, emeritus professor of structural engineering at the University of Minnesota. "He was, in my ideal opinion, a real gentleman! I appreciated his sophisticated mind, his liberal views, his musical talent, and our ability to talk with each other in the German language. He gave a lot to the structural engineers of the world. He was well versed in structural mechanics, but in his publications he was always able to communicate to the practicing engineer. Our profession, including especially AISC, lost a very sensible guide! I will miss him very, very much."

Bjorhovde also spent a portion of his career as an educator, teaching at the University of Pittsburgh, the University of Arizona, and the University of Alberta. A distinguished member of ASCE and a Fellow of the Structural Engineering Institute, he also served as research editor of AISC's Engineering Journal and editor of Elsevier's Journal of Constructional Steel Research. He published more than 250 papers during his long career, which also included work as a member of the AISC Committee on Specifications and the NASCC: The Steel Conference planning committee.

"I've known Reidar for more than three decades as a friend, colleague, and collaborator," said Scott Melnick, senior vice president at AISC. "One of my fondest memories was traveling in China with him in 2001 as delegates to the Pacific Steel Construction Conference. His knowledge of steel and his network of international contacts was unparalleled, but even more impressive was his erudite attitude, willingness to explore new places and ideas, and eagerness to meet new people."

A true Renaissance man, Bjorhovde shared his love of classical music with the world and for nine years was a popular weekend announcer for Tucson's classical music station, KUAT-FM.

To learn more about this remarkable individual, please listen to AISC Podcast #11, which was first broadcast in 2011.