The American Institute of Steel Construction (AISC) was created in 1921, and the first edition of its iconic design standard, the Specification for Structural Steel Buildings was issued in 1923. This first edition was a modest 13 pages long, but it was a powerful instrument in unifying structural steel design practice in the United States. Since then, the document has been greatly expanded to include new research and practice, and it has been a model for equivalent standards in many other countries. This seminar presents not only the evolution of the technical aspects of the Specification, but also the ideas behind the rules, and the personalities of the engineering leaders who helped make it into the great helper of structural engineers. The author, Ted Galambos, has been involved with many aspects in the history of this document since he started graduate research on the behavior of steel structures in 1956 at Lehigh University.

This course is based on a past AISC Live Webinar.

You must purchase and pass a quiz to receive a PDH certificate for this course. 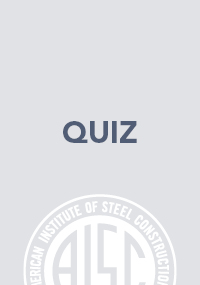