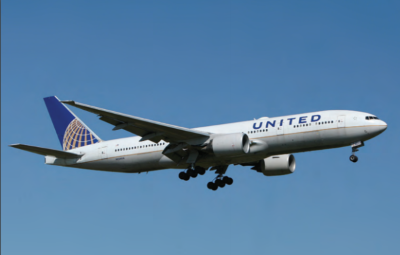 What does a two-winged aircraft have in common with steel bridges?

The answer is reliable and safe service through redundant structural design. Aren't the wings fracture-critical, though? No! Effective and efficient redundancy in design can be achieved through system or member-level mechanisms utilizing engineered damage tolerance that is linked to the structure's inspection intervals.

This AASHTO guide specification offers provisions for an engineer to evaluate mechanically-fastened built-up steel members (either existing or new designs) for member-level redundancy. It provides several simplified solutions for flexural and axial member types, a reliability-based load combination, fatigue resistance categories, performance criteria for strength and limit states, and information necessary to develop an inspection protocol linked to the damage tolerance of the member, as appropriate.

This AASHTO guide specification offers direction on overall modeling, element selection, and material models suitable for nonlinear FEA with the purpose of identifying system-level redundancy. Two reliability-based load combinations referred to as Redundancy I and Redundancy II are given along with performance criteria for the strength and service limit states to help determine if a bridge demonstrates sufficient performance after the hypothetical failure of a primary tension member.

In this part 1 of a three-part series, author Jason Lloyd reexamines how the steel bridge industry arrived at the state of practice in identifying a fracture critical member providing a comparison to the aviation industry offering to borrow a chapter from their book and consider forms of structural redundancy other than load-path redundancy. Jason submitted that utilizing new research and AASHTO guide specifications, designers can begin to think outside the fracture critical box built in response to a couple of unique bridge failures and potentially elevate bridge designs in new ways.

In this part 2 of a three-part series, authors Francisco Bonachera and Jason Lloyd summarize the excellent historical performance of bridges in which a fracture critical member has fractured and maintained service loads until repairs could take place. They put that performance in context with concepts of reliability considering implementation of the new AASHTO Guide Specification for Analysis and Identification of Fracture Critical Members and System Redundant Members challenging readers to consider system-level redundancy as a method to optimize steel bridge designs.

This is the last of a three-part series in which authors Jason Lloyd and Matthew Hebdon explore the new AASHTO Guide Specification for Internal Redundancy of Mechanically-fastened Built-up Steel Members. This is a new tool available to help engineers better understand and leverage internal redundancy when it comes to built-up member structures and exploit their strength advantages and resistance to failure. The article summarizes the simple evaluation or design steps taken when implementing the Guide Specification.

Brandon Chavel and Jason Lloyd of NSBA offer further insight into the background and current policies surrounding system redundant members (SRMs), including the design, fabrication, and in-service inspection implications that distinguish SRMs from traditional load-path-redundant steel members and finish by introducing the process by which owners can establish accepted methods of SRM analysis for future designs.

Recent research performed by Purdue University has resulted in a new, simplified approach for designing twin-tub girder bridges as having structurally redundant members (SRMs) without the necessity of explicitly modeling fracture in a finite element analysis. Authors Cem Korkmaz and Robert Connor performed this study, and in this article, they explain their research and the simplified method for twin-tub girder SRM design.

In this article, a team of authors from Texas offer their experience developing and then gaining FHWA approval for a simplified method of system-level redundancy analysis of twin-tub girder bridges. Based on this work, twin-tub girder bridges in Texas will now be designed with the approved methodology and classified as SRMs.

Are You Sure That's Fracture Critical?

With a breadth of expertise spanning multiple decades of research and practice, a team of authors combined their knowledge and experience into this article describing the AASHTO and AREMA conditions for a fracture critical member providing guidance for when it is, and is not, appropriate to designate a member as fracture critical and why that may be the case.

Author Robert Connor explains that an integrated FCP encompassing material, design, fabrication, and inspection can ensure fracture is no more likely than any other limit state, ultimately allowing for a better allocation of owner resources and increased steel bridge safety. His paper reviews some of the recent advancements related to the topic of the FCM and delivers a suggested approach to providing a more rational treatment of such members without compromising reliability.

This article relates experimental testing at Purdue University on large-scale bridge girders that showed that for built-up steel members with typical proportioned components, failures of a single component (e.g. single cover plate) do not propagate into adjacent components. Furthermore, guidance was developed on how to evaluate built-up flexural members to ensure the appropriate application of member-level redundancy.

This article from the Journal of Bridge Engineering discusses the results of large-scale experimental fatigue tests along with the results of an analytical parametric study investigating the localized stresses near a partially failed component in built-up steel flexural members. This information is critical in determining the strength capacity of members that have experienced a failure in one of the components (e.g. single cover plate), as well as determining the remaining fatigue life of built-up girders subjected to vehicular loads.

FHWA TechBrief: Evaluation of Member and Load-Path Redundancy on the US-421 Bridge Over the Ohio River

This technical brief by FHWA summarizes a field-based research project performed by Rob Connor, Lindsey Digglemann, and Ryan Sherman at Purdue University wherein they used explosives to instantaneously sever a fracture critical tension chord of an approach span to the Milton-Madison Bridge. The approach span was loaded with sand to simulate live load, and while measuring strain and deflection, they severed the first half of the tension chord and then the entire chord.

In this NCHRP report, authors Robert Connor and Francisco Bonachera Martin report their research methodology, procedures, and conclusions used to develop the AASHTO Guide Specifications for Analysis and Identification of Fracture Critical Members and System Redundant Members. The report describes the analysis methodology and provides application examples through the bridges used to benchmark their analysis methods. The analysis method is based on 3-D finite element analysis to evaluate system-level redundancy for members traditionally considered fracture critical members. They also describe the reliability-based load models developed for system and internal redundancy analyses.

Tools & Other Resources for Redundancy of Steel Bridges

This is a free suite of Excel spreadsheet-based engineering tools produced and maintained by the NSBA that automates much of the process for evaluating built-up axial and flexural steel members for internal redundancy. The tool follows the provisions of the AASHTO Guide Specifications for Internal Redundancy of Mechanically-Fastened Built-up Steel Members.

T.R. Higgins Lecture at the 2018 Steel Conference: Towards an Integrated Fracture-Control Plan for Steel Bridges by Robert J. Connor, PhD